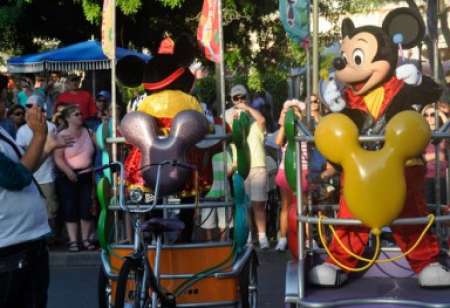 A small explosion Tuesday in a Disneyland trash can that appeared to be caused by dry ice in a bottle brought evacuations but no damages or injuries, officials and witnesses said.

The blast was reported at about 5:30 p.m. in the Mickey's Toontown area of Disneyland, Anaheim police spokesman Sgt. Bob Dunn said.

Disneyland officials on the park's Twitter account called the explosion "a small bang," and said that "in an abundance of caution, the area was evacuated." They said they were working with local authorities, Asociated Press reported.

About two hours after the explosion the review was completed, the area was deemed safe and guests were allowed to return to Toontown, Disneyland said.

Mickey's Toontown, designed to make visitors feel like they've entered an old-fashioned cartoon, "is an interactive metropolis full of topsy turvy architecture and screwy sculptures," according to the Disneyland website.