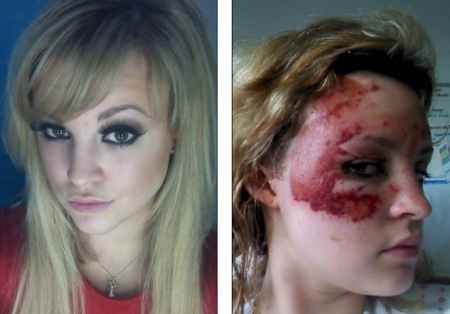 A teenage beauty queen left with 25 per cent burns across her face and body after a horrific accident has vowed to fight for the title of Miss Leeds.

Lucy Morgan, 18, of Harrogate, North Yorkshire, went up in flames when a can of flammable liquid exploded as she and a group of friends sat round a bonfire.

She was rushed to hospital following the accident on March 9 - which left her with painful burns, particularly to her legs.

Her ordeal happened just one week after the teen was chosen as one of the finalists for the Miss Leeds beauty pageant on March 1. 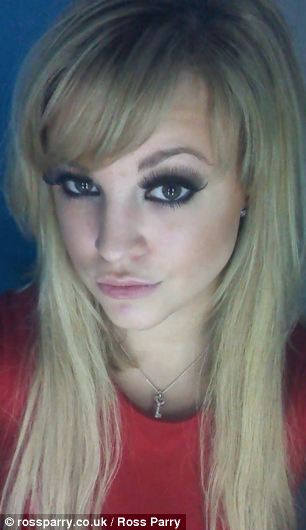 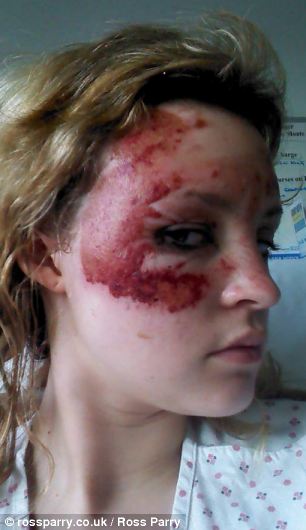 Lucy Morgan, pictured before the accident on March 9 and two days later, right,  was left with burns to her face and body when a can of flammable liquid exploded as she sat round a bonfire 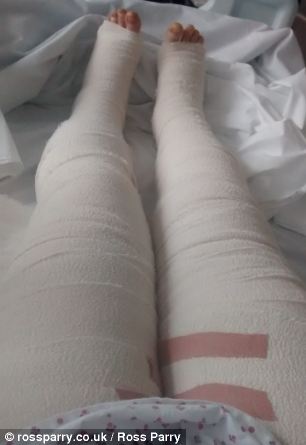 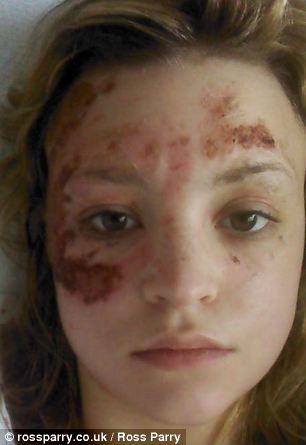 The teen's legs were badly burned and were bandaged when she was taken to hospital, left. In a series of pictures the teen showed her facial scars healing - starting with this one on March 14

Despite being unable to walk properly and with bandages, scars and red marks on her face, body, hands and legs, Miss Morgan has decided she wants to stay in the competition.

Speaking about her ordeal, she said: 'I remember rolling on the grass and shouting for people to get me water, but the flames wouldn’t go out. My friend put the flames out with a blanket.

'I thought about dropping out [of the competition] but I am lucky, it could have been a lot worse, I could have lost my sight.'

Finalists for Miss Leeds were announced after auditions on March 1 - and the accident took place eight days later on March 9. 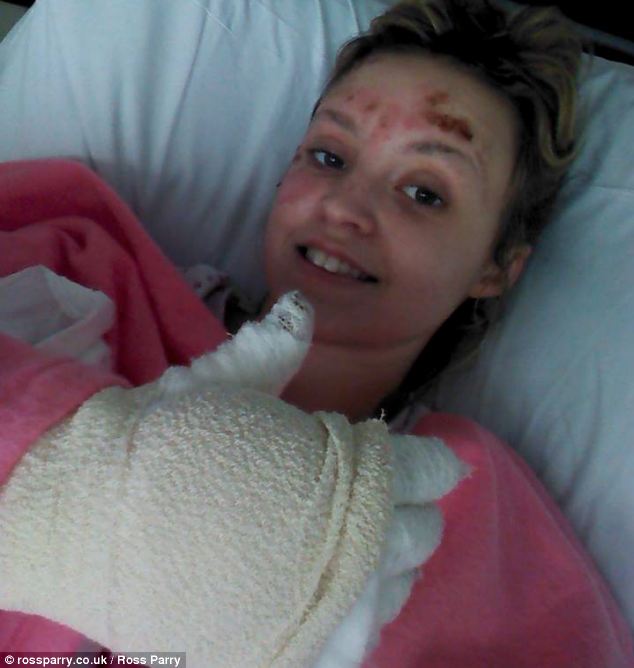 She was taken to Pinderfields Hospital burns unit, in Wakefield, West Yorkshire - where her burns were bandaged.

In a series of Facebook posts, taken between the 14 and 21 March, the teen showed off her extensive facial scars and the healing process.

Over the week, the red burns can be seen progressively healing, until they can barely be seen.

Miss Morgan has also undergone three skin graft operations  - including one on the 21 March - with skin taken from her leg used on her hands. 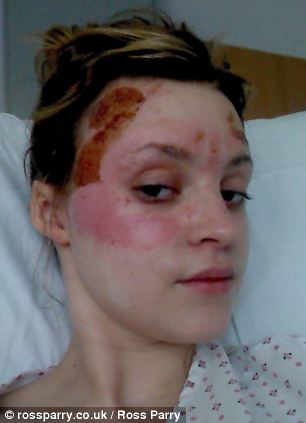 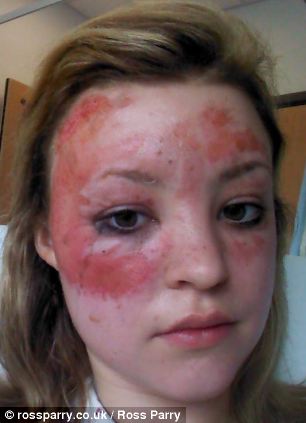 The brave student from Harrogate, West Yorkshire, shows the scars on her face eight days after the accident on March 18 (left) and as her injuries slowly begin to heal  over the following three days 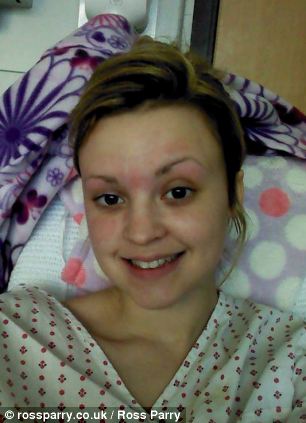 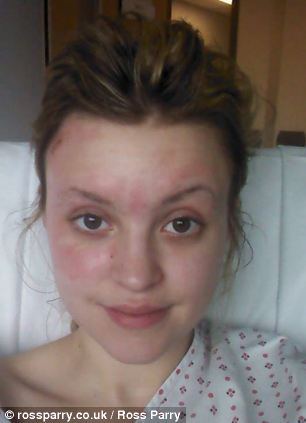 On March 21, Miss Morgan posted these pictures of her face - which has healed dramatically 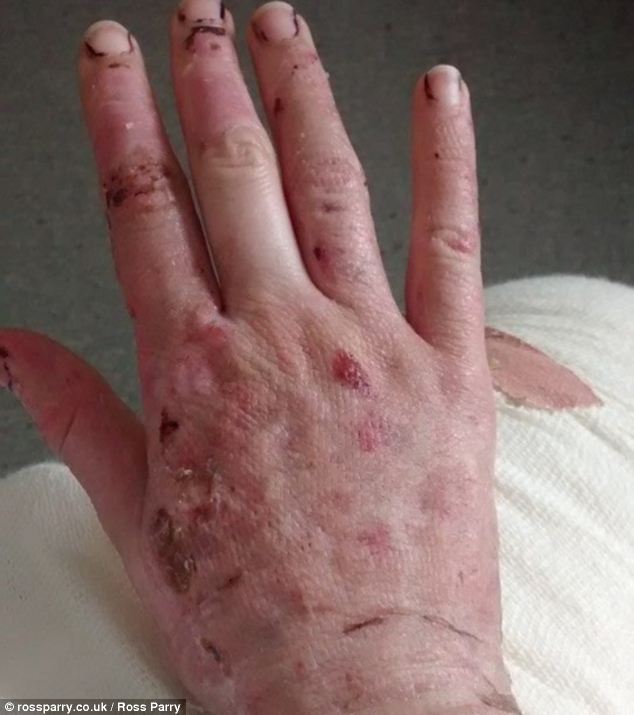 Miss Morgan posted this image of her hand following a skin graft, which used skin from her leg, on Facebook on March 21. She has had two other skin grafts while in hospital

Despite extensive surgery, Miss Morgan is still hopeful of her chances of taking part in the competition.

Miss Morgan added: 'The final is on May 10 and I might still be bandaged up and it might be hard for me to walk but I want to take part.

'People think you need to be perfect to be a beauty queen but I am still going to do it anyway. On Facebook people have been saying really nice things and have been so supportive.

'It’s so nice to know people are supporting me, without them I wouldn’t be able to take part.'

Miss Morgan, who is a keen horsewoman and is determined to get back in the saddle despite the burns to her legs, has the backing of Harrogate Skills 4 Living Centre where she works part-time as a charity fundraising coordinator. 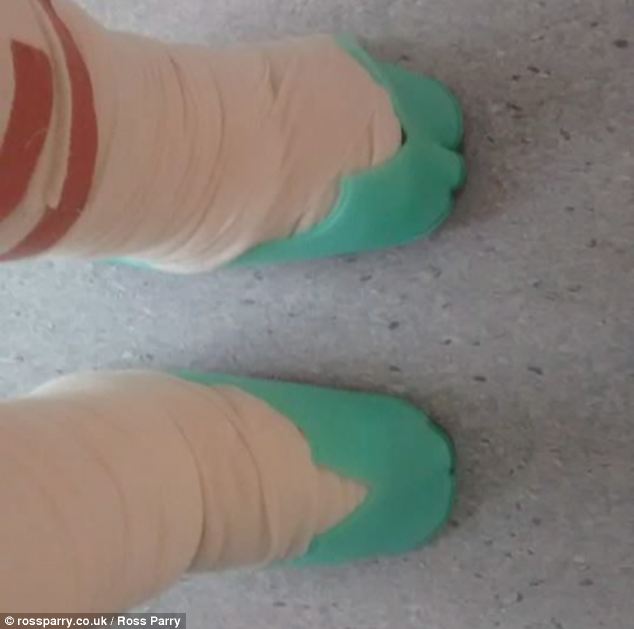 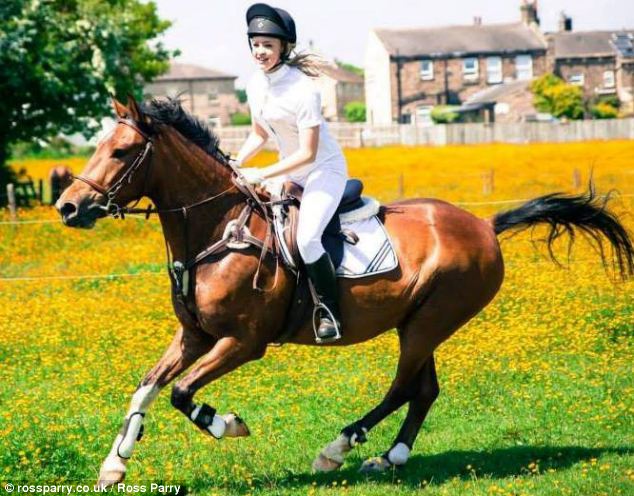 Miss Morgan, a keen horsewoman, is determined to get back in the saddle despite the injuries to her legs

She has previously organised a charity horse ride to raise funds for breast cancer care UK and says she will continue charity fundraising when she leaves hospital.

She said: 'I want to try and do some fundraising for the burns unit, the staff here have been fantastic and there is a lot to build the confidence of children who have been burned.'

Miss Morgan is recovering in in hospital where she will remain until the end of the month.

The student is determined to fight for her place in the pageant while raising awareness of the charities she has chosen to support for her campaign. 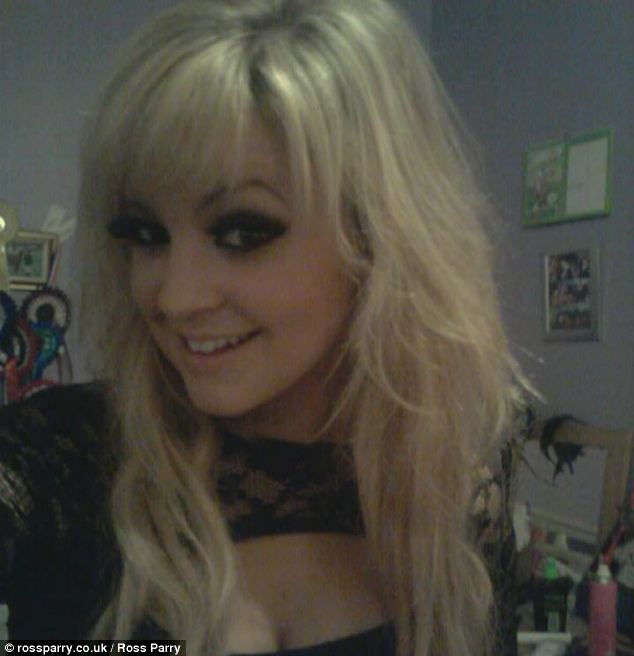 Speaking from hospital today, Miss Morgan said: 'People think you need to be perfect to be a beauty queen but I am still going to do it anyway.' 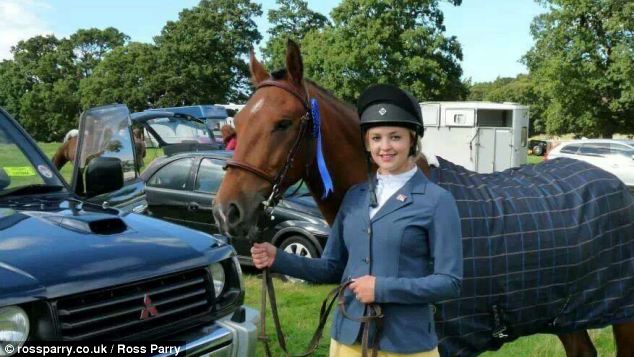 The teen is also fundraising for Pinderfields Hospital burns unit, Wakefield, where she is being treated

The beauty queen came third in last year’s Miss Harrogate contest and has remained friends with winner Olivia Craven who is backing Lucy’s bid to be Miss Leeds.

The winner of the competition will go on to enter Miss England.

Miss Morgan says her family and friends have been supportive throughout her ordeal.

One, Diane Stacey, wrote on Facebook: 'So very well done. Been thinking about you all the time iv'e been away .Hope to see you soon keep smiling.'

Another, Shane Byrne, wrote: 'Get well soon Lucy you seem to be doing great and healing very well keep it up nice to see you smiling x'