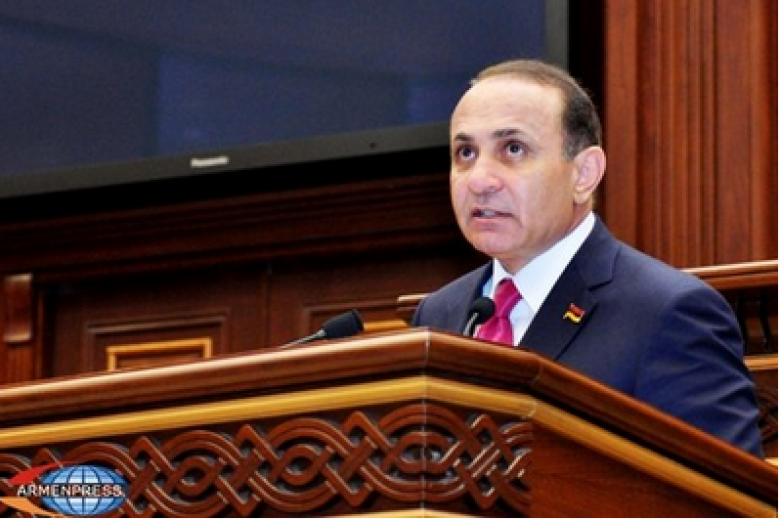 The newly appointed Prime Minister of Armenia Hovik Abrahamyan has an organizational talent, while his public image is not perceived and assessed positively in the society. The rating is made by "Caucasus" Institute Deputy Director, politologist Sergey Minasyan. "The fact that the society does not have a unanimous opinion aboutAbrahamyan’scandidacy, is known also to President SerzhSargsyan" – in his interview with “Armenpress”, Minasyan analyzes the political logic of the appointment of the new Prime Minister.

Appointing Abrahamyan in the position of the Prime Minister, the President solves a number of political issues at once. "The main goal is that Abrahamyan as a person, was trying to broaden the political footing of the President by his experience. By coalition or any other format, primarily involving the "Prosperous Armenia" party and the Armenian Revolutionary Federation,SerzhSargsyan will expand his own footing” – said Minasyan, adding that the President might believe that the former Chairman of the Parliament may show himself to be a good manager. "Besides, Serzh Sargsyan’s staff option for the position of the Prime Minister is not so wide" – saidMinasayan, noting that whether HovikAbrahamyan’s position is strong enough to become a president in the future is still under question."It's an important circumstance, what kind of status the President will assume. If the suggested constitutional reforms are adopted, the President will have more decorative functions and the Prime Minister's role will rise" -said Minasyan. He described the Prime Minister's position to be similar to "kamikaze", andadded that whoever is appointed,will be badly perceived by the public in a short run.