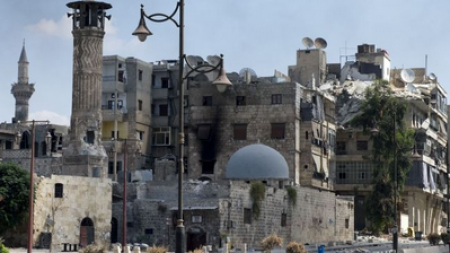 An Armenian was killed in Aleppo. The Aleppo Information Office informed “Armenpress” about this. The deceased Armenian is Nvard Margeyan, who was wounded due to a missile attack in the Armenian-populated New Village district of Aleppo. Nvard was the mother of Harut Margeyan, whose body was found under the ruins of a building. Her funeral ceremony will be held today in Aleppo’s Holy Theotokos Church.

Previously it was reported that an Armenian has died in Deir ez-Zor on May 16. The deceased Armenian is Andranik Kahkejian, who was serving in the Syrian Army. Andranik was born in Aleppo. Another Armenian – Harut Margeyan, died in the result of a missile attack in the New Village district on May 18. He was born in 1958. His body was found under the ruins of a building. On the same day by 18:30, 5 Armenians were injured in the New Village district. Among them were Alis Boyajian, Haykanush Mirzoyan, Dalar Mirzoyan, and Andranik Malakyan. The injured were taken to the hospital; some of them have already been signed out of the hospital after receiving necessary treatment.