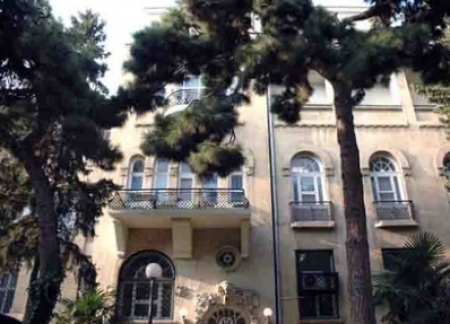 The U.S. Embassy to Azerbaijan maid a statement strictly criticizing the government in connection with the court՛s imprisonment verdict for the heads of Democracy Study and Election Monitoring Center. As reports "Armenpress", this was informed by the Azerbaijani Haqqin. az agency. "These arrests are a serious setback to the democratic development of Azerbaijan. Being the main partner of Azerbaijan, we believe that the most important step for the country's future stability and development, would be the creation of opportunities for an open society" - reads the statement of the U.S. Embassy in Baku. Baku's Court for Grave Crimes, on May 27, sentenced the Head of Democracy Study and Election Monitoring Center Anar Mamedli to 5.5 years of imprisonment, the Executive Director Bashir Suleymanli - to 3.5 years of imprisonment. They were also charged with tax evasion, extortion of funds, abuse of position.