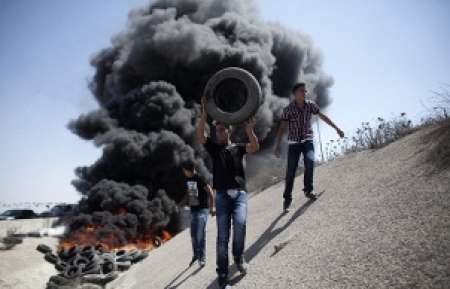 The operation to search for the teenagers continued for more than two weeks and was accompanied by searches, arrests of Palestinian activists and shellings of the Palestinian territory.

On July 1, 2014, a 16-year-old resident of the East Jerusalem’s Palestinian Arab neighborhood of Shuafat was kidnapped and killed. Six ultra-right Jewish activists were arrested for the crime. The death of the Palestinian teenager caused riots among Palestinians.

On July 8, 2014, the Israel Defense Forces announced the start of the operation Protective Edge in the Gaza Strip against Hamas militants. The IDF made strikes on 50 targets in the Gaza Strip, most of which were launching platforms for rockets. Five Palestinians were killed and some 20 were wounded.

The immediate reason for the operation was that cities in southern Israel were massively shelled by Hamas military wing Izz ad-Din al-Qassam Brigades. According to the Israeli army’s press service, on July 7, some 90 missiles were fired on Israel from the Gaza Strip. As of early July, 450 missiles had been fired since the start of 2014.

Israeli Prime Minister Benjamin Netanyahu ordered the IDF to prepare for a possible ground operation. Israel announced mobilization of 1,500 reservists and sent two army brigades to the border with Gaza.

Since the start of their activity on December 14, 1987, Hamas militants set a course for liberation of Israel-occupied Palestinian territories. The group has made a few dozen terrorist attacks against military and civilian facilities of Israel.

Hamas regularly shells Israel’s territory with homemade rockets. In response, Israel shells Gaza and holds military operations there to suppress militant activity and destroy Hamas’ military structure. According to Hamas, 1,365 Israelis died in 1987-2011 in terrorist attacks made by its militants.