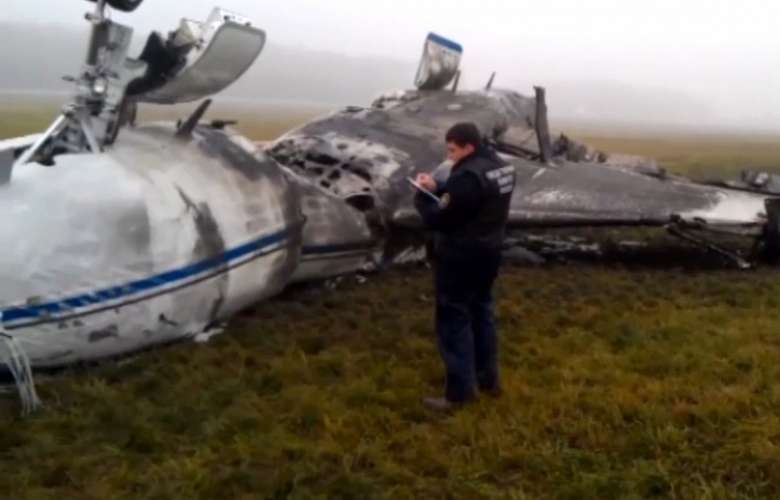 France’s specialists will help decipher the recorded French-language conversations in the cabin of the crashed Falcon 50 business jet in Moscow’s Vnukovo-3 airport, a spokesman for the French Air Accident Bureau (BEA) said on Wednesday.
“We may help decode the data recorders to understand, for example, the conversations of the pilots, as they spoke French. We are also ready to provide any technical information on the plane, and a technical consultant has arrived with us,” Francois Ochard said in an interview with Channel One.
The French experts plan to stay in Russia for three or five days to provide assistance to the Russian official civil aviation authority, the Interstate Aviation Committee (IAC), which leads the investigation.
On Tuesday, three investigators from France’s BEA and two technical experts of Unijet, which owns the plane, arrived in Russia. They are accompanied by a representative of the French aircraft manufacturer, Dassault Aviation.

The Falcon jet bound for Paris crashed at the moment of takeoff at Vnukovo-3 business aviation hub around midnight Moscow time on Monday (7.57 pm GMT) when it collided with a snowplow that happened to be on the runway.
The jet caught fire and fell onto the runway. Three crewmembers, all of them French citizens, and the only passenger, France’s oil giant Total CEO Christophe de Margerie, died in the crash.
Russian investigators on Tuesday accused senior airport officials of criminal negligence over a plane crash. They also confirmed that the snowplow operator was drunk.

The official visit of the Foreign Minister of Armenia Zohrab Mnatsakanyan to Moscow commenced.

Armenia MFA checks whether crew of the crashed plane was Armenian

China, Russia to sign a host of cooperation deals during Xi’s visit to Moscow