About 100,000 teachers in Ukraine may lose jobs due to new government’s austerity program 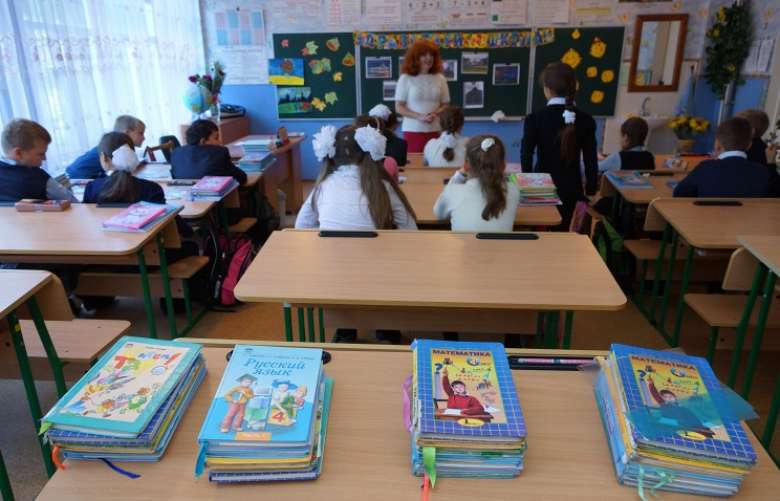 About 100,000 teachers in Ukraine may lose their jobs in 2015-2016 if the country’s government implements the social-sphere initiatives of the finance ministry, the Ukrainian trade union of education and science workers said in an appeal to President Petro Poroshenko made public on Thursday.
The trade union expressed “profound indignation at plans to limit Ukrainian citizen’s rights to free education, medical care.”
“We express categorical protest to adding the most educated and intellectual part of society to the army of the unemployed, which already stands at about 1.9 million, since the implementation of provisions to increase the workload to school and preschool teachers, closure of rural schools and amendments to personnel inventories will entail dismissal of about 100,000 teachers and other education workers,” the appeal said.
Apart from that, the trade union strongly protested against reduction of wages, cancellations of additional allowances and scholarships. “We express the readiness of the trade union members to defend their labur rights and socio-economic interests by means of mass actions allowed by the law, right up to use of the most extreme tool of conflict settlement — a strike,” the appeal said.

On Tuesday, Prime Minister Arseniy Yatsenyuk announced the program of the new government for 2015-2016. “The key task for the government in 2015 is to survive,” he said, explaining unpopular measures the government will have to resort to.
The program will make Ukrainian tighten their belts, since state spending will be cut by more than 26 billion hryvnias ($1.73 billion), and social sphere accounts for more than a half of state spending — 16 billion hryvnias (more than $1 billion).
Financing of education and science will be reduced by more than three billion hryvnias ($200 million). From September 1, 2015, no scholarships will be paid to students (except disabled persons and persons liable for privileges). They will be stripped of travel privileges. Teachers will have to work more for the same salary. It is planned to close 400 rural schools, where the number of pupils is less than ten. Free meals for primary school children will be cancelled.

Employees of “Nairit” demand from Government to relaunch factory
Հետևե՛ք