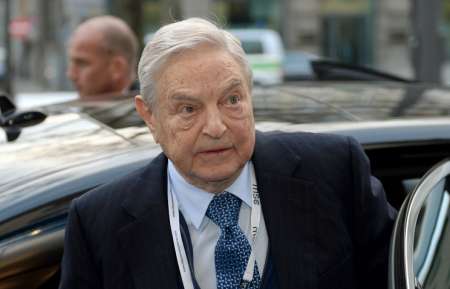 US billionaire investor George Soros is ready to invest $1 billion in the Ukrainian economy, runs an interview in the Austrian Standard newspaper.
Soros said he would invest the money if Western countries improved the country's investment climate. According to the billionair, the West needs to ensure the political risks.
Soros named agriculture and infrastructure as potentially profitable areas of investment.

Այս թեմայով Russia ready to further help settlement of Nagorno-Karabakh conflict – Dmitry Medvedev Yerevan is ready to negotiate after Baku is called to orde The NKR Armed forces is ready to bend and discuss the suggestion of fire suspension in the context of preliminary posts resortation Bordyuzha: CSTO peacekeeping forces must always be ready for peaceful actions US ready to continue working with Russia and France on Karabakh conflict
Լրահոս
1 June