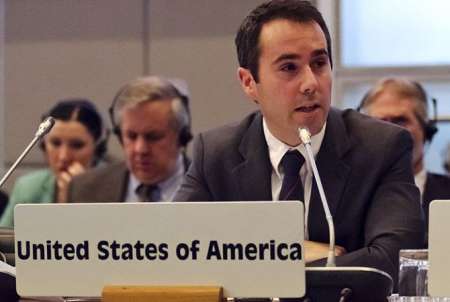 U.S. Ambassador to the Organization for Security and Cooperation in Europe Daniel Baer spoke about human rights violations in
Azerbaijan in the framework of the Human Dimension Implementation Meeting (HDIM). As “Armenpress” reports, Baer noted on his
Twitter page: “Saying that cause of civil society crackdown in Azerbaijan is lack of trust between government and international
community.”

According to Daniel Baer, using Nagorno Karabakh conflict as shield for Azerbaijan rights record is neither serious nor helpful.