In the scope of the joint initiative of the Armenian EyeCare Project and Orange Foundation, the inhabitants of Aragatsotn region already benefit from free eye care services 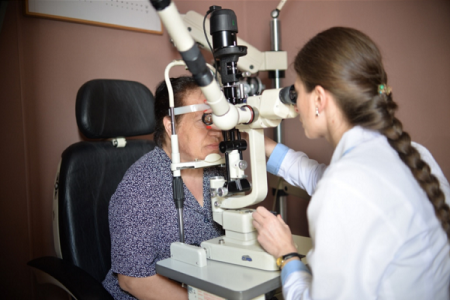 In the scope of the “Bringing Sight to Armenian Eyes” project – the joint initiative of the Armenian EyeCare Project and Orange Foundation, the Mobile Eye Hospital (MEH) has been implementing free eye screenings for the population of Aragatsotn region, as well as free treatments and surgeries for socially vulnerable inhabitants since October 19. It’s expected that 1500 adults and pupils each will undergo eye screenings in this region. As for the Mobile Eye Hospital, it is ready to serve 180 patients, providing surgical and laser treatment services.

The Mobile Eye Hospital has made its first stop in Talin town of Aragatsotn region, where, in the scope of the project, parallel to free surgeries and laser treatments, eye screening services are provided for pupils of public schools

The management of Orange Foundation and Armenian EyeCare Project paid a visit to Talin on October 20 to review ongoing works performed in the Mobile Eye Hospital.

“The “Bringing Sight to Armenian Eyes” project is one of the key projects implemented by Orange Foundation, especially because it makes quality eye care services accessible to the population of regions, as well as makes a tangible difference in their lives. We are proud of this long-term cooperation with the Armenian EyeCare Project and for the significant results achieved on a yearly basis,” said Aleksandr Yesayan, General Director of Orange Armenia.

“With this tour to Aragatsotn region we’re summing up the results of works implemented jointly with Orange Foundation in the scope of this project. This truly important project for the population of regions is strategic in a sense that it enables to implement a complex of actions in the scope of one project – from screenings and treatment to public and professional education. Our partnership with Orange Foundation has launched since 2011, and I’m full of hope that it’ll have continuation, as it contributes to solving sight problems in Armenian regions” said Nune Yeghiazaryan, Country Director of the Armenian EyeCare Project.

The Mobile Eye Hospital will stay in Talin till October 24, after which it will head to Aparan and Ashtarak towns, where also it will carry out free surgeries and laser treatments for the local population.

The Armenian EyeCare Project has launched the “Bringing Sight to Armenian Eyes” project in 2003. Since 2011, the project has been implemented in partnership with Orange Foundation. Since then, eye screening services have been provided to more than 60.000 adults and 23.000 children, 10.759 inhabitants have undergone in-depth examination and 6.680 surgeries and laser treatments have been performed in the Mobile Eye Hospital, 25.000 eyeglasses have been distributed and classes on eye care have been organized for 5.500 children of 61 regional schools.