Levon Mnatsakanyan: If the war resumes, we will advance ourselves 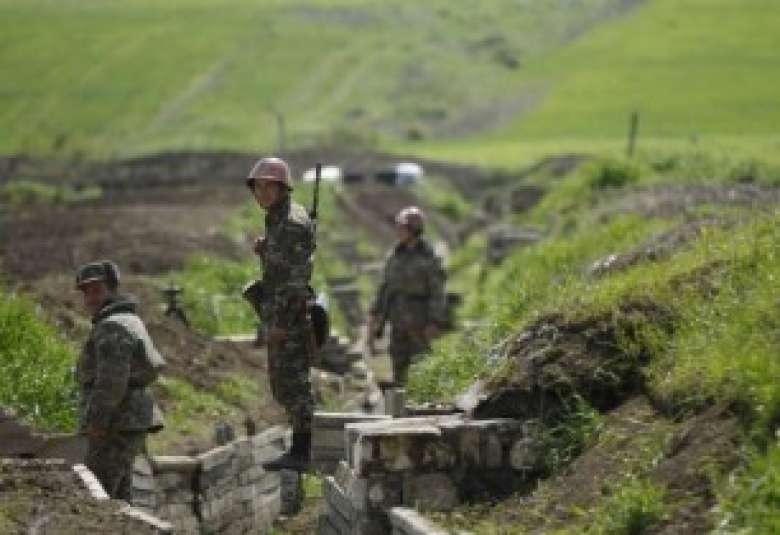 “I visited Karabakh with several other foreign journalists and a member of the European Parliament on a trip organized by the Armenian government. The 90-minute helicopter flight took us over stunning mountainous terrain to this lush, isolated enclave whose name means “black garden.” During my brief visit, the place seemed a bit like Switzerland in the Caucasus -not just the mountains but also the tidy streets, hillside farms and fiercely independent people”, David Ignatius wrote.

The columnist remembers the conversation at the frontline with Lt. Gen. Levon Mnatsakanyan, the Defense Minister of this NKR, about Azeri latest aggression.

“The result of the four-day war shows that the equipment we have and our combat readiness is okay for stopping any adversaries. If the war resumes, we will not only repel them but advance ourselves”, David Ignatius quotes NKR Defense Minister.

Presenting his impressions contacts with ordinary people of Artsakh, the columnist wrote that he noticed a growing militancy in Artsakh .

Karen Ohanjanyan, the former peace activist, said this latest war has changed his view about the possibility for reconciliation. After the last war ended, he helped foster dialogue with Azerbaijanis. Now, he says he wants Armenian forces to destroy Azerbaijani economic targets. According to the activist, in the past month Artsakh people lost their illusions.

“On the road to the airport, a visitor can see the national monument, a huge stone statue of an old man and woman - heads only, the bodies seemingly buried in the hillside. The official name is “We Are Our Mountains.” The implicit message is: We aren’t moving. What seems ahead is a long, unyielding conflict”, concludes the columnist.

On the margins of his official visit to Russia, FM of Armenia Zohrab Mnatsakanyan is meeting with OSCE Minsk Group Co-Chairs and Personal Representative of the OSCE Chairperson-in-Office.

The official visit of the Foreign Minister of Armenia Zohrab Mnatsakanyan to Moscow commenced.

Foreign Minister of Armenia Zohrab Mnatsakanyan had a phone conversation with Jean-Yves Le Drian, the Minister for Europe and Foreign Affairs of France.