We have weapons “many dream about”, says Armenian Defense Ministry 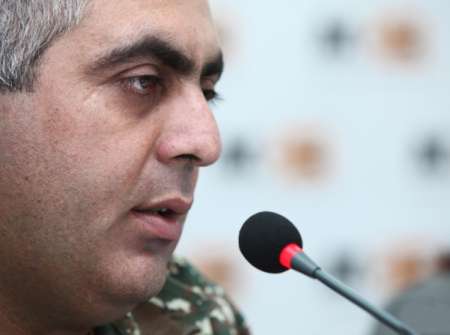 Artsrun Hovhannisyan said this at the meeting with journalists today, answering the question about weapons supply in the framework of the Russian loan.

“The completion of Armenian Armed Forces with new weapons is a countinuous and permanent process. It was stated years ago that Armenia shifted to the planned re-equipement of its Army. There wasn’t a Russian loan then. In recent years, significant amount of weapons and ammunition was purchased through means other than loans,” said the Defence Minister’s spokesman.

Artsrun Hovhannisyan said that the arsenal of Armenian Armed Forces contains weapons that many leading countries would “dream about”.

According to the Defence Minister’s spokesman, separate work is carried out with the Russian loan, which includes the purchase of management systems and intelligence equipment apart from large amount of weapons.