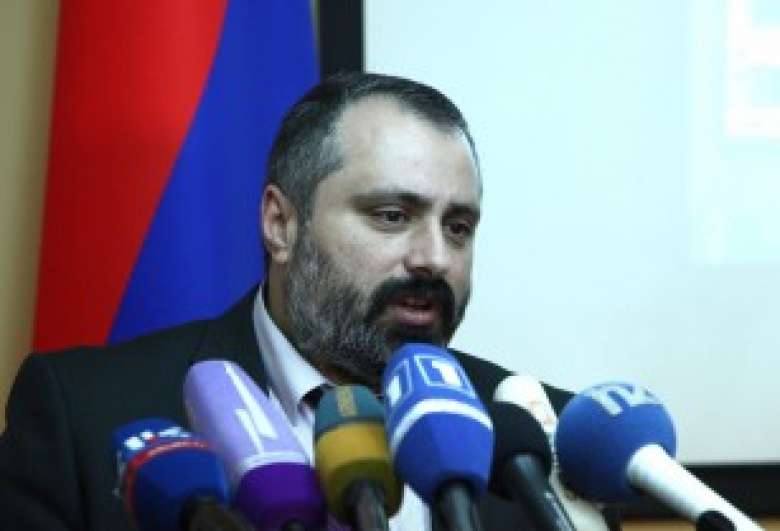 The overnight tension along the Nagorno-Karabakh (Artsakh) frontline was specially timed to coincide with the top-level negotiations in Vienna, a spokesperson for Nagorno-Karabakh’s president said today, describing such policies as the Azerbaijani regime’s typical “handwriting”.

“Azerbaijan has long been a terrorist Nazi state; hence, it acts correspondingly, in line with that specific style. And this should be a serious message also for the international community to push them to specific steps,” David Babayan told our correspondent on Tuesday, commenting upon the recent intensive frontline escalations provoked by Azerbaijan’s armed forces.

Asked whether the Vienna talks inspire positive hopes for future effective peace efforts, Babayan replied, “I think they have chosen the right track, the base level; so by building stone piles little by little, they will construct the building so to say.”

Elaborating further, Babayan explained that by saying base level he means the frontline monitoring mechanisms. “That level was, for some reason, ignored for many years despite the repeated statements by Yerevan and Stepanakert highlighting its importance. What they say now is that any talks are out of the question without respect for ceasefire. The issue has to do with deploying equipment along the border of between, say, Azerbaijan and Artsakh or Azerbaijan and Armenia. They must be deployed, and perhaps, the co-chairing countries will opt for satellite shootings to see possible mobilization of troops,” he added.