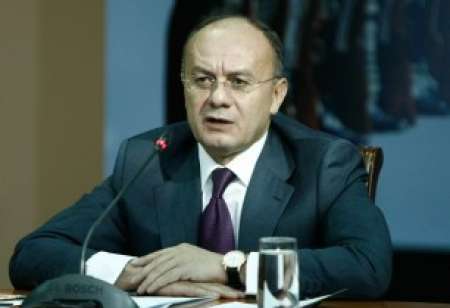 The shooting along the borders of Nagorno-Karabakh (Artsakh) have decreased considerably over the recent period, Armenia’s minister of defense said today, praising the country’s army for ensuring a reliable defense on the frontline.

At a news conference on Monday, Seyran Ohanyan shared his impressions of a recent visit to Nagorno-Karabakh, which he said was very inspiring and positive. “On Saturday, I was on the frontline where the spirits were really very high. The subdivisions are ready to fulfill their military tasks,” he noted.

The minister added that the returning volunteers, who recently created their own subdivisions, essentially helped the Defense Army during the escalations in April. “We do not need them anymore. There are different subdivisions that are fully equal with their task. They were replaced once and then returned again ,” he said.

The minister further used the occasion to thank the volunteers and all the participants of the war for sharing their experience with younger soldiers during the heavy fighting. “I am thankful to all those who stood up for our country’s defense together with the smart, knowledgeable and literate commanders and soldiers,” he said.