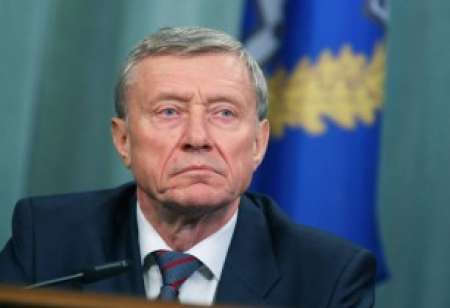 The active interest which Russia’s top leadership demonstrates in the settlement of the Nagorno-Karabakh conflict is within the logic of the country’s strategic alliance with Armenia, the Collective Security Treaty Organization’s (CSTO) secretary general said today in Yerevan.

“The active efforts by the Russian president and foreign minister towards normalizing the situation are but an ally’s posture within the CSTO. It’s not just the CSTO secretary or secretary general; it’s a bloc of six states.

“The leaders of all the six CSTO member-states tried to impact the situation then [during the four-day war over Karabakh], using their political weight to achieve an end to the confrontations and military operations, and urging the sides to return to the negotiating table – which they practically did,” Nikolay Borduzha told our correspondent on the sidelines of the CSTO Security Council’s committee session in Yerevan.

He called for treating the organization as a body exercising political influence (as opposed to military force).

Asked about the CSTO’s future political efforts to end the hostilities in the conflict zone, Mr Borduzha highlighted the “Crisis Response” group’s responsibility for conducting monitoring.

“Additionally, we expand and enlarge the armament of our member-states’ armed forces to supply them with up-to-date military equipment,” he said, adding that Armenia can purchase the weaponry paying only the cost price.