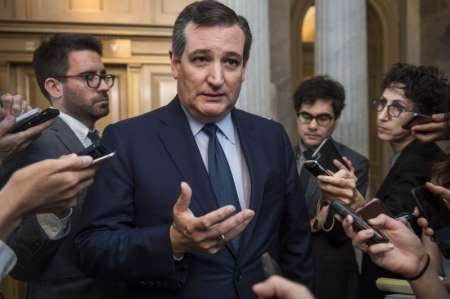 WASHINGTON ― Senate Republicans are speeding toward a vote next week on their Obamacare replacement bill, even as GOP lawmakers can’t answer simple questions about the legislation, express frustration with the brazenly secretive and closed process, and don’t appear to have the votes yet for passage.

Republicans expected to get more details on their Affordable Care Act rewrite during a closed-door meeting Tuesday with Health and Human Services Secretary Tom Price. Instead, they got more vague happy talk from Senate Majority Leader Mitch McConnell (R-Ky.) and a speech from Price on what HHS has been doing to rein in Obamacare.

With Senate Democrats badgering Republicans about how they’re ramming this bill through ― no hearings, no markups, hiding the bill from members ― some GOP lawmakers are now acknowledging that the process has been less than stellar.

When Sen. John McCain (R-Ariz.) was asked whether this bill should be a template for lawmaking in the future, he sarcastically answered that “this is exactly the kind of legislative process our Founding Fathers had in mind,” going on to explain that he was obviously concerned the Senate may be voting on a health care bill next week that members won’t have seen.