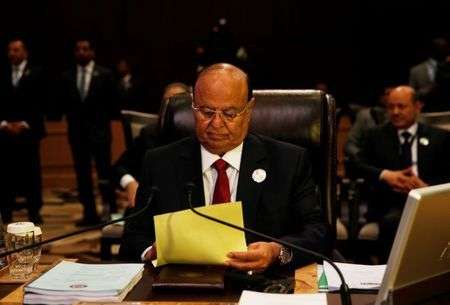 DUBAI(Reuters) - President Abd-Rabbu Mansour Hadi's government said on Saturday it was investigating reports that forces backed by the United Arab Emirates were running secret prisons in southern Yemen where detainees are subjected to torture and abuse.

The UAE is part of a Saudi-led Arab alliance that intervened in Yemen's civil war in 2015 to roll back Iran-allied Houthi forces that drove Hadi into exile. His government has since regained a presence in the south based in Aden but the Houthis still hold most of the north including the capital Sanaa.

Reports of secret prisons where detainees are abused relate to areas of the south where UAE forces and its allies have also swooped against al Qaeda militants, who have exploited the war to try to carve out areas of control and influence.

Last week, New York-based Human Rights Watch reported that it had documented the cases of 49 people, including four children, whom it said were arbitrarily detained or forcibly disappeared in Aden and Hadramout over the last year.

"The committee starts work from today and sends its report to the prime minister within 15 days," the order, dated June 22, said. The committee's duties were to investigate the abuse allegations, ways to respond to them and to put forth mechanisms to deal with any such issues in the future.

The HRW report said that at least 38 of those held appear to have been arrested by security forces backed by the UAE.

"You don't effectively fight extremist groups like al Qaeda or ISIS (Islamic State) by disappearing dozens of young men and constantly adding to the number of families with 'missing' loved ones in Yemen," Sarah Leah Whitson, Middle East director at Human Rights Watch, said in a statement.

It also said that at least two of 11 informal prisons identified by researchers are run by the UAE, while the others are run by UAE-backed Yemeni security forces.

On Friday, the UAE Foreign Ministry denied running any secret prisons in Yemen and called the accusations "an attempt to sully the reputation of the alliance that had intervened to save the Yemeni people".