Coal on the rise in China, US, India after major 2016 drop 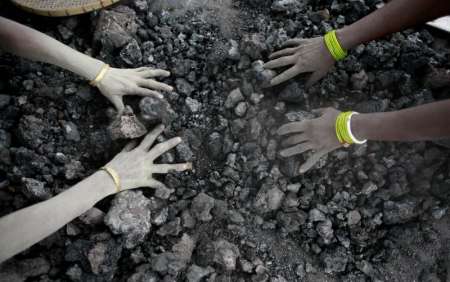 BEIJING (AP) — The world's biggest coal users — China, the United States and India — have boosted coal mining in 2017, in an abrupt departure from last year's record global decline for the heavily polluting fuel and a setback to efforts to rein in climate change emissions.

Mining data reviewed by The Associated Press show that production through May is up by at least 121 million tons, or 6 percent, for the three countries compared to the same period last year. The change is most dramatic in the U.S., where coal mining rose 19 percent in the first five months of the year, according to U.S. Department of Energy data.

Coal's fortunes had appeared to hit a new low less than two weeks ago, when British energy company BP reported that tonnage mined worldwide fell 6.5 percent in 2016, the largest drop on record. China and the U.S. accounted for almost all the decline, while India showed a slight increase.

The reasons for this year's turnaround include policy shifts in China, changes in U.S. energy markets and India's continued push to provide electricity to more of its poor, industry experts said. President Donald Trump's role as coal's booster-in-chief in the U.S. has played at most a minor role, they said.

The fuel's popularity waned over the past several years as renewable power and natural gas made gains and China moved to curb dangerous levels of urban smog from burning coal.

Whether coal's comeback proves lasting has significant implications for long-term emission reduction targets, and for environmentalists' hopes that China and India could emerge as leaders in battling climate change.

While the U.S. reversal is expected to prove temporary, analysts agree that India's use of coal will continue to grow. They're divided on the forecast for China over the next decade.

The U.S., China and India combined produce about two-thirds of the coal mined worldwide, and the latter two nations also import coal to meet demand. India's production expanded even during coal's global downturn.

"If you look at those three countries, everyone else is irrelevant in the scheme of things," said Tim Buckley, energy finance director for the Institute for Energy Economics and Financial Analysis.