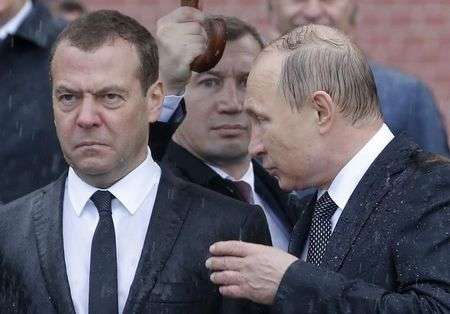 MOSCOW (Reuters) - The Russian government wants to extend counter sanctions on the European Union until the end of 2018, Prime Minister Dmitry Medvedev said on Thursday.

Medvedev was speaking a day after the EU formally extended its economic sanctions on Russia, imposed in July 2014 following Moscow's annexation of Ukraine's Crimea region and Moscow's support for separatists in eastern Ukraine.

Moscow denies direct involvement in the conflict despite NATO's assertions its troops are supporting the rebels.

Russia banned wholesale imports of fresh food products from many Western countries in 2014 in retaliation for the EU sanctions. Moscow says the counter-sanctions are helping spur the development of Russian agricultu