Gorsuch asserts himself early as force on Supreme Court’s right 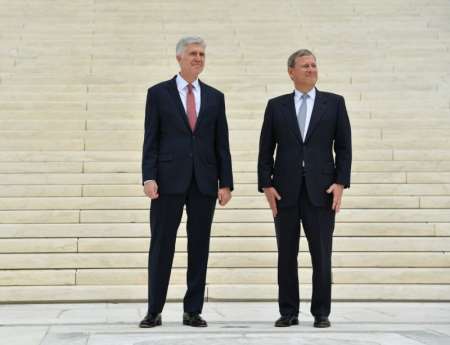 ●Skeptical about the reach of the court’s two-year-old decision granting same-sex couples the right to marry. ●Unwilling to lend his full support to Chief Justice John G. Roberts Jr.’s opinion in a major separation-of-church-and-state case, because of disagreement over a two-sentence footnote. ●Willing to let President Trump’s travel ban be enacted as planned, without imposing the limits most of his colleagues required. If the Supreme Court’s compromise decision Monday on the travel ban grabbed the headlines on the court’s final day, those who study the court were at least as focused on what they could learn about the 49-year-old Coloradan chosen by Trump to fill the seat of the late Antonin Scalia.