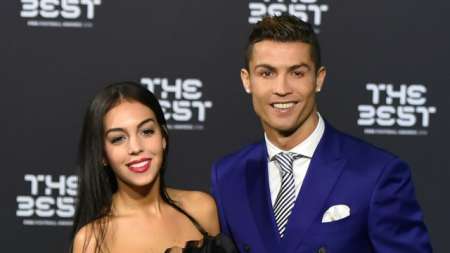 Another baby is on the way for Cristiano Ronaldo.

The 32-year-old Portuguese soccer superstar confirmed that his girlfriend, Georgina Rodriguez, 23, is pregnant and expecting her first child.

On Tuesday, the Spanish newspaper El Mundo asked the Real Madrid player if he was happy about having a fourth baby on the way. "Yes, very," Ronaldo replied.

Ronaldo is father to 7-year-old son Cristiano Jr., and last month, welcomed twins, a boy and a girl, reportedly named Mateo and Eva. The athlete has shared a couple of pictures of his little ones, including a sweet snap with his eldest holding one of his new siblings.