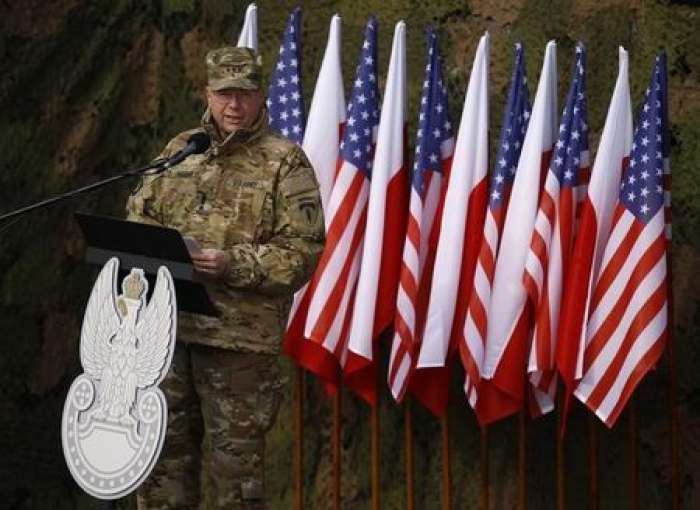 Yet more needed to be done to ease the movement of military equipment and forces across Europe in the event of a real crisis, and Germany could play a crucial role, Hodges said in an interview.

Russia's 2014 annexation of Ukraine's Crimea region changed NATO's calculations and triggered this year's rotational deployment of more than 4,500 troops in the Baltic states of Lithuania, Latvia and Estonia, as well as Poland.

The U.S. military and NATO have also increased the scope and complexity of war games and exercises aimed at increasing the ability of troops to respond quickly to threats.

Hodges said Germany had shown "great leadership" in Europe and around the world, including its role in trying to end fighting in eastern Ukraine.

But he echoed calls by U.S. President Donald Trump who has urged Germany, Europe's largest economy, to do more to bolster security, especially given its importance as a transit zone.

"There's not enough rail capacity for U.S., German, Polish and British forces... or for the NATO VJTF rapid response force," Hodges said. "We'd all be competing for the same rail cars."

Berlin could ensure guaranteed rail access as part of its bid to boost military spending from around 1.2 percent of gross domestic product to the 2 percent NATO target, Hodges said.

Spending more on short- and longer-range missile defense would also help, he said, noting the crucial role that German airports, seaports and other transportation routes would play in any real conflict.

Hodges repeated his call for a military free transit zone modeled on the 1996 Schengen agreement that allows passport-free passage for travelers among 28 European countries.