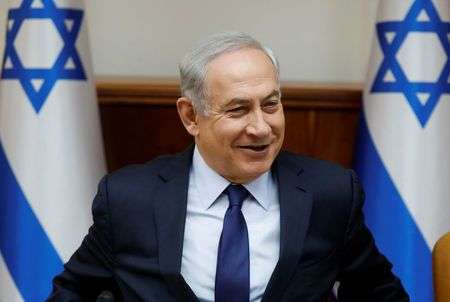 JERUSALEM (Reuters) - A former top aide to Prime Minister Benjamin Netanyahu will testify on behalf of state prosecutors in two graft cases in which the Israeli prime minister has been questioned as a suspect, a Justice Ministry source said on Friday.

The decision by Ari Harow, who served as Netanyahu's chief of staff before resigning amid allegations of impropriety in 2015, to turn state's witness adds a further dimension to a long-running investigation involving Netanyahu.

Neither Harow nor his lawyer responded to requests for comment. Netanyahu has denied wrongdoing in both cases.