Dunford to meet with S. Korean president amid threat from North 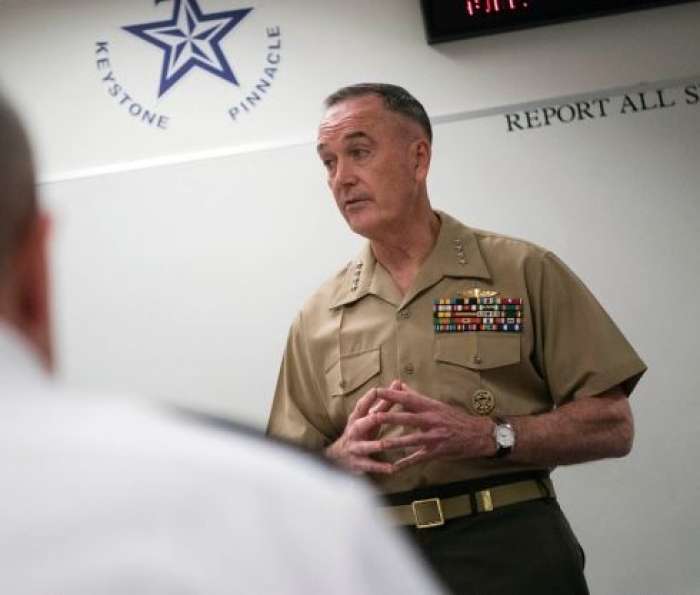 SEOUL, South Korea — The top U.S. general will meet with South Korea’s president on Monday, days after President Donald Trump warned the U.S. military was “locked and loaded” in the latest salvo of his war of words with the North. Tensions have skyrocketed since North Korea’s army said it would complete a plan to fire missiles into the waters off the U.S. territory of Guam sometime this week. President Moon Jae-in will discuss the threat from the North and South Korea’s longstanding alliance with the United States during the meeting with Gen. Joseph Dunford, chairman of the Joint Chiefs of Staff, according to Yonhap News Agency.