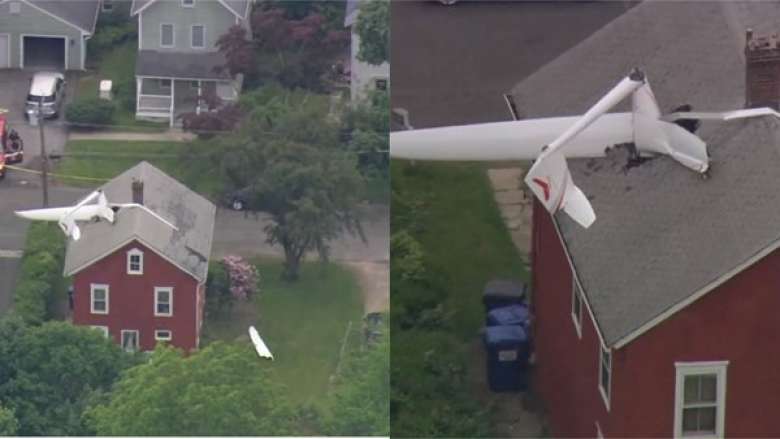 No major injuries were reported after a one-person electric glider crashed into the roof of a house in Connecticut, US, on Tuesday.

Footage shows a hole in the roof of the house after the glider crashed in a residential neighbourhood in Danbury, Connecticut.

Police in Danbury estimated that the plane went down around 6pm on Tuesday before the crash.

The pilot of the plane suffered minor injuries, however the three people living in the house were unharmed.

The glider crashed after it lost power and was forced to make an emergency landing.

Mark Boughton, mayor of Danbury, tweeted from the scene after the crash. He said: “Glider direct hit into roof. Operator is ok. But being transported to hospital for observation.”