In Pictures: The baby blimp and the most creative Donald Trump protesters in London 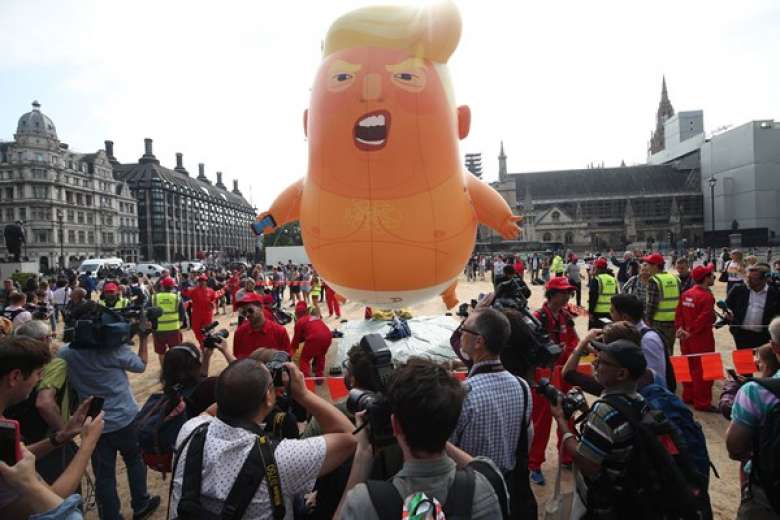 Thousands took to the streets of London to protest over Donald Trump’s arrival in the UK, on day two of the US president’s state visit.

As well as Labour leader Jeremy Corbyn and spokespeople from the Liberal Democrats and Green Party, the event marching from Parliament Square to Whitehall was also attended by a host of creative minds – as the examples that follow illustrate.

Now a staple of Mr Trump’s visits to the UK, the Donald Trump Baby blimp took to the skies above protesters after a prolonged time being inflated.

A team of organisers wearing red jumpsuits and hats marked “Trump Babysitters” launched the balloon to cheers from dozens of onlookers at Parliament Square, where nearby roads are sealed off and police are standing guard in anticipation of large protests.

The Museum Of London is in talks to acquire the inflatable, which depicts the US President in a nappy and clutching a mobile phone, as part of its protest collection.

Just as they did a year ago, a number of protesters came armed with toilet paper depicting Mr Trump.

The novelty loo roll was sold from trolleys along the protesters’ route.

Seller James O’Brien, from County Mayo, described the £5 paper as “the only toilet paper in the world that’s already got crap on it”.

Sticking with the scatological humour, a 16ft talking robot of Mr Trump sitting on a gold toilet also attracted onlookers.

The robot says the phrases “No collusion”, “You are fake news” and “I’m a very stable genius” – the audio of which is Mr Trump’s own voice.

American Don Lessem paid 25,000 US dollars (£19,500) of his own money to make the robot, working with a factory that he uses to build mechanical dinosaur models to sell to zoos and museums.

The political artist has been a frequent fixture at London protests for years, and his latest creation takes aim at Mr Trump’s animosity towards much of the mainstream media, or “fake news” outlets.

The painting depicts the president as a constricting snake wrapped around a pen which reads “press freedom”. 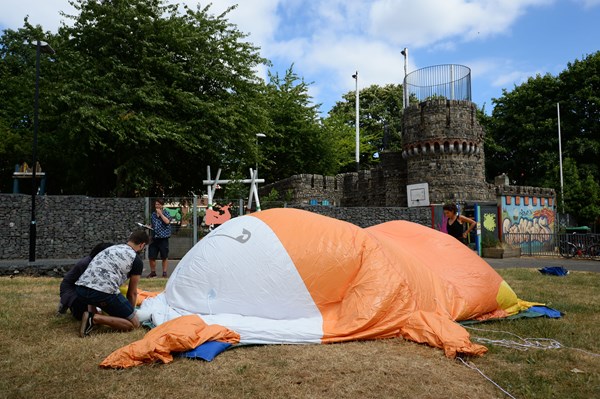 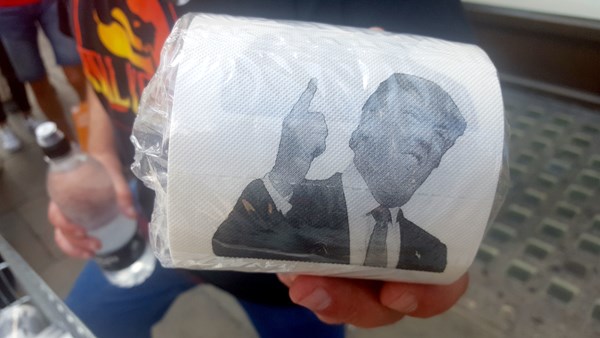 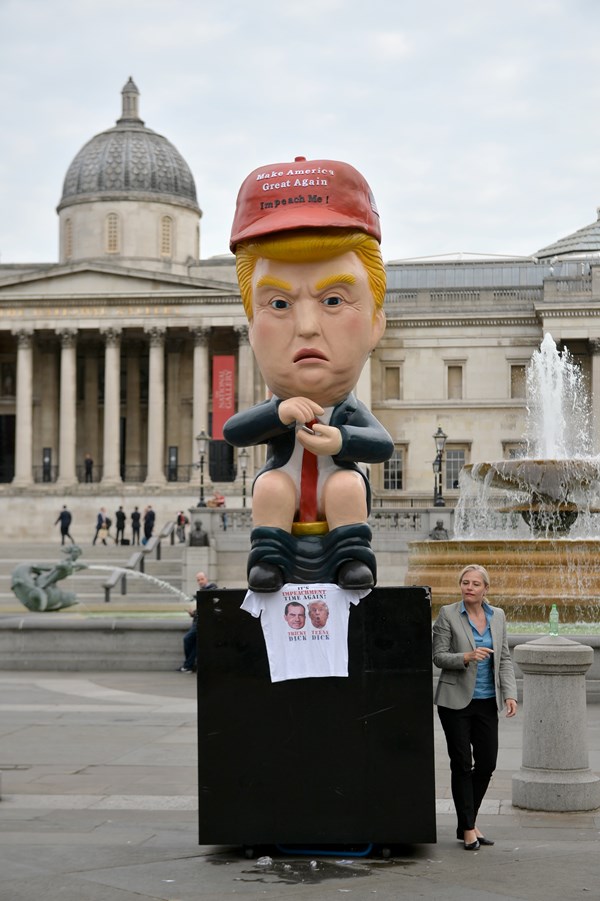 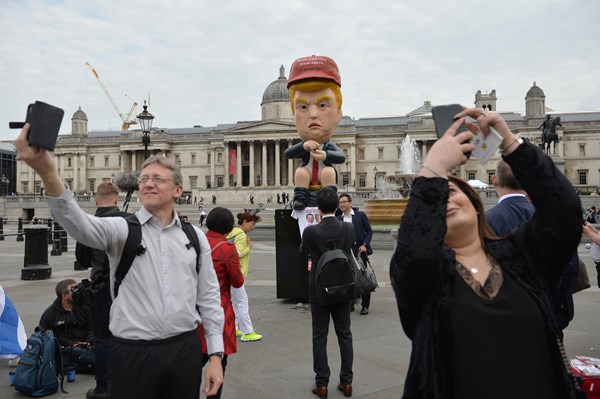 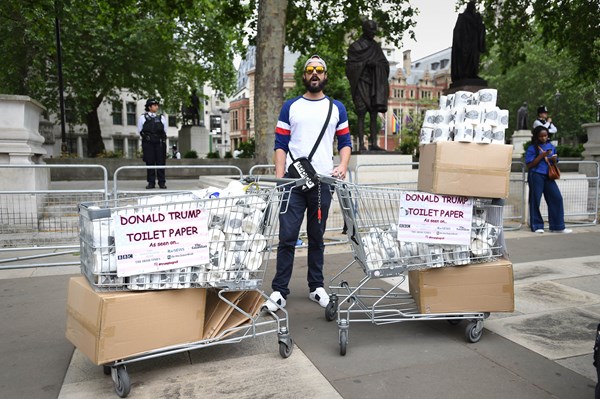 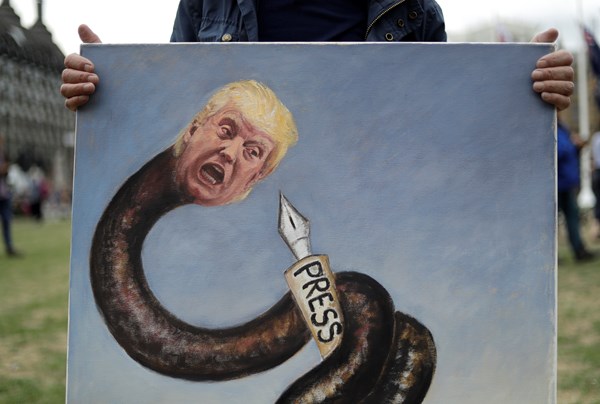 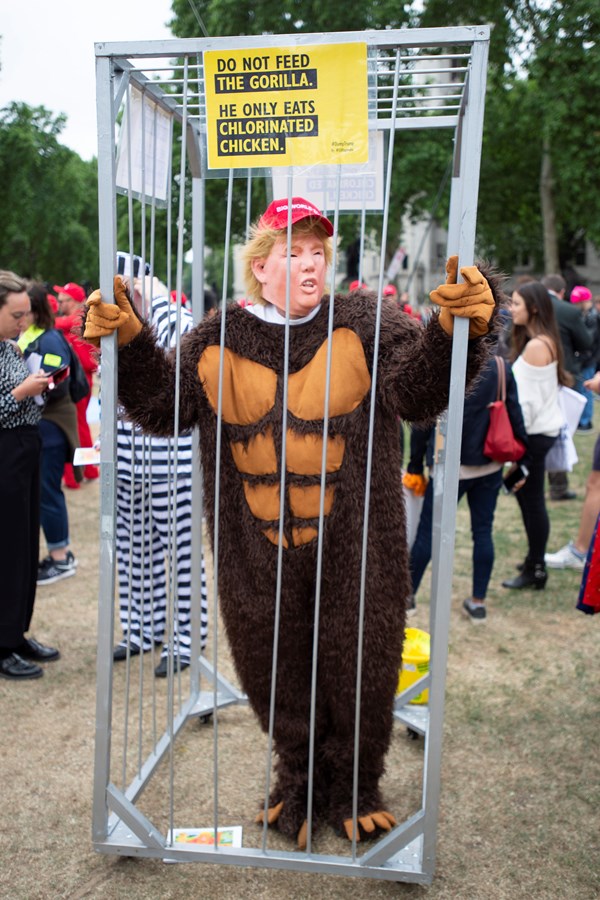