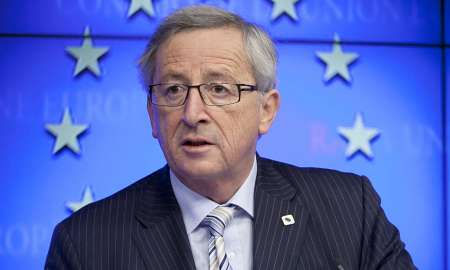 The European Commission President was forced to cut his holiday short and was taken back to his native Luxembourg for a procedure related to his gallbladder. Mr Juncker will not send a replacement to the gathering of influential world leaders in the French resort of Biarritz. Instead, he will discuss plans with French President Emmanuel Macron and European Council President Donald Tusk over the telephone from his hospital bed.

A European Commission spokeswoman said: “President Juncker had to shorten his holidays in Austria for medical reasons.

“He was taken back to Luxembourg where he had to undergo an urgent surgical removal of the gallbladder. That surgery took place over the weekend, I can confirm the surgery went well and President Juncker is in hospital in recovery.

“His doctors have specified he should not travel this time and we are therefore able to confirm he will not be able to attend this weekend’s G7 meeting.

“He intends to take contact with both President Macron and President Tusk shortly to confirm arrangements.”
Այս թեմայով
Լրահոս
28 Jan