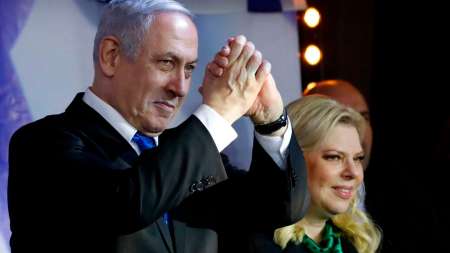 Israel's prime minister Benjamin Netanyahu has won a landslide victory in the race for leadership of the Likud party.

Official results announced early on Friday showed he had won 72% of votes, compared with 28% for his rival Gideon Saar.

Mr Netanyahu earlier wrote: "A giant victory! Thanks to the members of Likud for the trust, support and love.

"God willing, I will lead Likud to a big victory in the coming elections and will continue to lead the state of Israel to unprecedented achievements."

The 70-year-old, who has been prime minister since 2009, is accused of bribery, fraud and breach of trust.