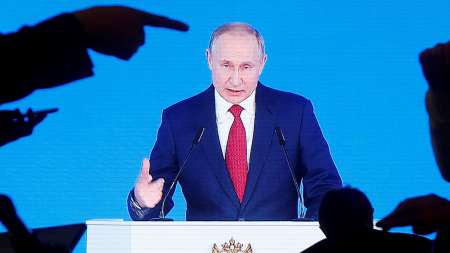 It's not clear whether Dmitry Medvedev's resignation as prime minister came as a shock or whether it was all part of President Vladimir Putin's plan.

Mr Putin now has the opportunity to cherry pick the next prime minister and other key cabinet posts as he chooses.

He's just appointed Mikhail Mishustin, chairman of the federal tax service, as prime minister, and given Dmitry Medvedev a newly-created role as deputy chairman of the security council, not exactly a promotion by the sounds of things.

He will have been in power for 20 years by then; 24 if you count President Medvedev's four-year term where Mr Putin held the post of prime minister.

He's unpopular with the public and appears to have exhausted the president's patience.