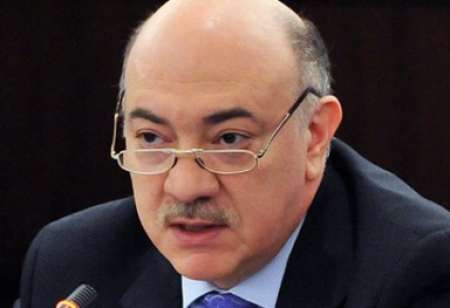 Chief of Azerbaijan’s president's staff section to work with law-enforcement agencies Fuad Alekserov clarified the decision of Hungarian government to hand Ramil Safarov and the Azerbaijani president’s decision of granting pardon.
According to which "The rule of transferring the convicts is regulated by the European Convention on the Transfer of Sentenced Persons, adopted within the frames of European Council in 1983, which has been signed by Azerbaijan and Hungary. According to the same convention, the person convicted in on of the countries, may be given to the other, to continue serving his sentence.
As to Ramil Safarov’s pardon, it’s necessary to detail, that Hungarian Court's verdict was only limiting the convict’s possibility of early release on conditional parole within 30 years since the verdict. This restriction does not apply to the possibility of amnesty or pardon of the convict.
Ramil Safarov’s pardon is consistent with Azerbaijani Constitution and the Azerbaijani Convention on the Transfer of Sentenced Persons.
According to the Constitution of Azerbaijan, granting pardon is considered to be exclusively President’s authority. Azerbaijan's Criminal Code provides, that in case of granting pardon to persons sentenced to life in prison, serving a life sentence can be replaced by imprisonment up to 25 years.
Ramil Safarov has been arrested from February 19 of 2004, thus, he has been serving his sentence for more than 8.5 years. Pardon should be viewed as replacement by the imprisonment period, that Safarov has already served. Accordingly Ramil Safarov has been released. "