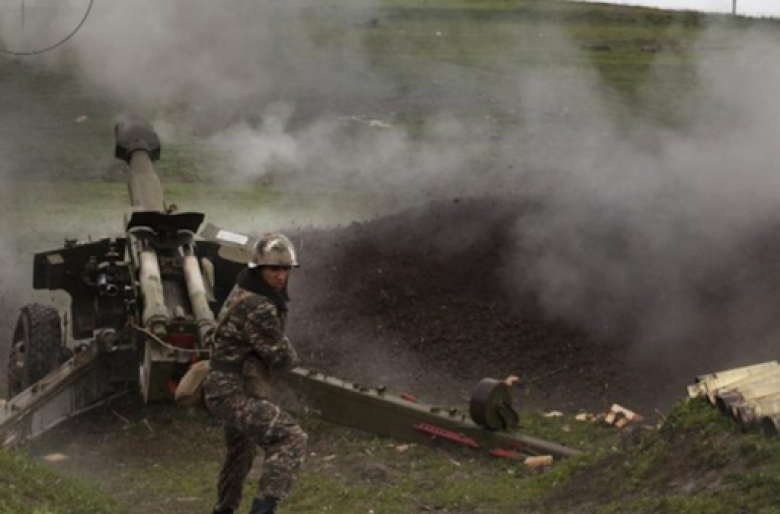 During the night, the situation in the Artsakh-Azerbaijani conflict zone was relatively stable, but tense. Artillery battles and fire continued in certain sections.
In the evening, once again violating the norms of international humanitarian law, the adversary heavily bombarded peaceful settlements, including the capital city, Stepanakert.
At the moment, battles of local significance are taking place in all directions along the front line. The Defence Army is successfully stopping the offensive operations of the adversary and are in control of the tactical situation.
Կիսվել
Related Articles

At this moment, the adversary’s forces are using Smerch volley-fire systems to attack the cities of Stepanakert, Shushi and Martakert.

During the night the situation on the Artsakh-Azerbaijani conflict zone was relatively stable, but tense. In certain sections, artillery battles continue.

The adversary is using aviation and artillery in the Northern section. Pitched battles are still taking place in the Southern front.

During the night of October 16, the Azerbaijani Armed Forces have once again targeted Stepanakert-State Service for Emergency Situations of the NKR

Over the night, once again violating the humanitarian ceasefire, the Azerbaijani Armed Force struck with missiles at the civilian settlement of Artsakh, including the capital Stepanakert.

Approximate 673 Turkish and Israeli rocket-propelled grenades have already been found in Stepanakert alone.

Yuriy Kotenok, editor-in-chief of the Russian Segodnya.ru who was injured during the Cathedral’s bombing, is undergoing surgery in the Stepanakert hospital
Հետևե՛ք