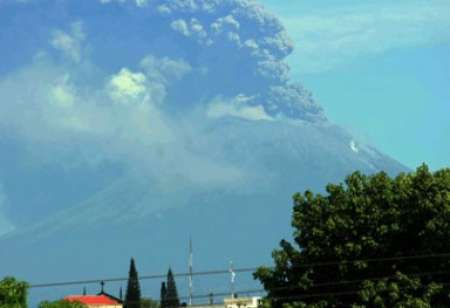 After the eruption of San Cristobal volcano, Nicaragua authorities have evacuated 3000 people from its territory, reports the Guardian, making reference to The Associated Press.
According to local residents, 3 strong explosions have been heard from the inside of volcano on Saturday. As authorized representatives of the Civil Defense report, 300 soldiers have been sent to the territory to help with the evacuation of people.