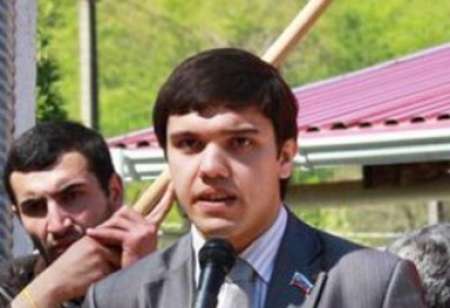 Youth Parliament Member Vladimir Avagyan committed suicide in the center of Sochi, Life news reports.
The 20 year-old Parliament activist threw himself from 27m height, despite the efforts of the passers-by, which tried to draw him back. As a result, the doctors arrived at the scene just registered his death.
According to the law enforcement officials the well-dressed young man attracted the vacationers’ attention by the fact, that his phone was ringing all the time and the young man wasn’t replying to it. After the calls stopped the young man jumped off the bridge.
Law enforcement agencies easily confirmed his identity.
The promising young political figure was famous for initiatives of fight against gambling clubs and casinos, as well as illegal parking.