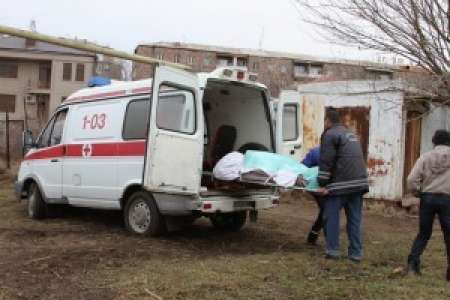 Today, on January 8, a brutal murder took place in Yerevan. Around 15:00 Malatia department of the RA Police received a signal that opposite the Kyurhinyan 3 administrative district of Malatia-Sebastia, there was a man's body in the park.

According to shamshyan.com, operational investigative group of Malatia department Chapter Sashik Sardaryan, Head of the Criminal Investigation Police in Yerevan Roman Kirakosyan and Head of the RA Police of Malatia Avetik Abrahamyan arrived at the scene.

The dismembered corpse of a man was found in the park. Next to the corpse were also found traces of blood, and an ax blade.

Operational investigative group of Malatya Police Department found out the identity of the murdered 48-year-old Ara Hunanyan, resident of Kyurhinyan street in Yerevan, was married and had a family. In fact the Investigation Division of the Malatia-Sebastia caused a criminal case on the first part (kill) of the 104th article of the Criminal Code.

The police made operational and investigative measures to locate the person commited the murder.