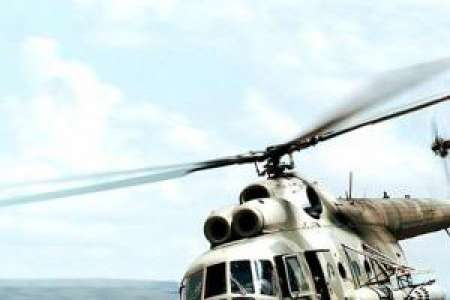 One of Mi-17 crew members, killed in a helicopter crash near Baku, has been found. The search operations for two more members are underway. Those killed have not been identified yet.

A helicopter belonging to Azerbaijani Air Force disappeared from radar screens on Monday at 10.30 and crashed near the beach in the Shikhov settlement, the Defense Ministry said.

A military helicopter Mi-17 that fell into the Caspian Sea near the Salyan highway (Shikhov settlement) on Monday belongs to Azerbaijani Defence Ministry, the Defence Ministry said. At present, rescue works are underway. Garadag District Police Department confirmed the fact of helicopter crash.

As Trend correspondent reported from the scene, according to the preliminary data, the crash was due to poor visibility caused by dense fog. The helicopter fell into the sea at a distance of 300 meters from the shore. Four ships are involved in the rescue operation.

According to witnesses, an explosion was heard when the helicopter crashed. Two helicopters of the Emergency Situations Ministry and one military helicopter are conducting rescue work.

Information that the crashed helicopter was a civil one is not confirmed by any of the operators (SOCAR, SW Helicopter Services) of civil helicopters in Azerbaijan. BP company does not use helicopters to transport personnel, as they are delivered to the platform by ships.

Four ambulances are sent to the scene, Baku City Ambulance and Emergency Station told Trend..az. According to the State Border Service, the crashed helicopter does not belong to the Service.

Mi-8/17 is a medium multi-purpose helicopter, used for passenger and freight transportation. Today, more than 12,000 units have been produced.