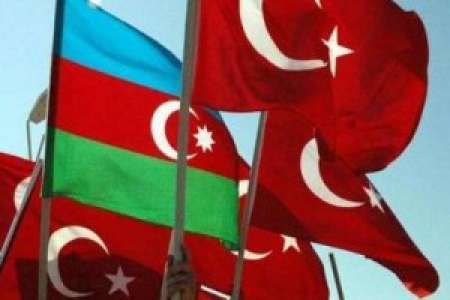 Everyone knows about the violations which occurred during the presidential elections in Armenia, and Sargsyan's victory due to election fraud along with endeavors on his real opponents was widely covered by international media, the deputy of Milli Majlis (Parliament), Deputy Executive Secretary of the ruling New Azerbaijan party, Mubariz Gurbanli said in an interview to the official website of the ruling party "Yeni Azerbaycan" (NAP).

Gubanli noted that it is regrettable that some international organizations observe the forged elections of Serzh Sargsyan from the position of double standards, Trend reports.

"What is even more regrettable is that President of Turkey, which is a strategic partner country of Azerbaijan, hastily congratulated Sargsyan, who was elected as a result of vote fraud," he said.

The MP noted that there are people who congratulate Sargsyan with "victory", however hasty congratulations of friendly country's head to an illegally elected president of the aggressor country play a definite role in covering up the fraudulent elections.

"Those who hastily congratulate Sargsyan have the same goal - to "conceal" his illegal election as president," Gurbanli said. "At the moment, Armenian opposition holds protests against the fraudulent elections."

Azerbaijani MP said that congratulation of Sargsyan in such conditions plays the role of moral support.

"In this regard, we regret that the president of Turkey with his congratulation of Sargsyan joined those who give Armenian president moral support," Gurbanli said, adding that the congratulatory telegram will in no way change Armenia's attitude towards Turkey.

The MP added that the territorial claims of Armenia to Turkey and the claims in connection with so-called "Armenian genocide" won't be removed because of such congratulations.

"Armenians will never remove these claims. At the same time public opinion in Turkey in connection with this issue is ambiguous," Gurbanli emphasized. "Turkish press pays a lot of attention to this issue, andthis congratulation is considered a hasty step given the current circumstances."

Այս թեմայով Abdullah Gul: "All required should be done for events in Taksim are not to repeated." 16th Eurasian Economic Summit begins in Istanbul Jordan's King Abdullah swears in government Path is cleared for Yemeni President Saleh to visit US. "Al Jazeera": Yemeni President will resign then leave for the US for treatment purposes.
Լրահոս
29 Mar