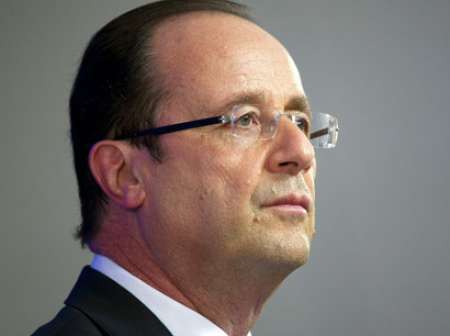 Azerbaijani students have appealed to President Francois Hollande over the incident that involved the beating of two Azerbaijanis at the National Assembly in Paris, the Azerbaijani Ministry of Youth and Sports said on Friday.

The statement read: 'We are addressing you in connection with the incident that took place on February 26, 2013 within the walls of the National Assembly of France. It is incredible how in the heart of Europe, in a parliament and in the presence of MPs, "civilised" citizens allow themselves to inflict punishment on young people after closing the doors. Why? It was just because they expressed a different point of view in full compliance with the rules governing freedom of expression'?

Students drew the attention of the French president to the fact that the beating of Azerbaijanis took place in the presence of the member of the National Assembly of France François Rochebloine, who also was one of those who instigated the incident.

Azerbaijani students expressed confidence that perpetrators of violence will be brought to justice in the legally governed state.
The two Azerbaijanis - Head of the House of Azerbaijan Mirvari Fataliyeva and Vusal Huseynov were beaten by representatives of the Armenian community at the French National Assembly during an event titled '25 years after Sumgait: the present situation and future prospects for the people of Nagorno-Karabakh', organised by the Armenian community in France.

The Azerbaijani Embassy sent a note of protest to the French Foreign Ministry and a letter to the president of the country's National Assembly in connection with the incident.

The Azerbaijani Foreign Ministry recently issued a statement condemning the violence against Azerbaijani citizens in France and expressing the hope that relevant authorities will take action on this issue and that the country's law enforcement agencies will promptly investigate the crime and bring the culprits to justice.