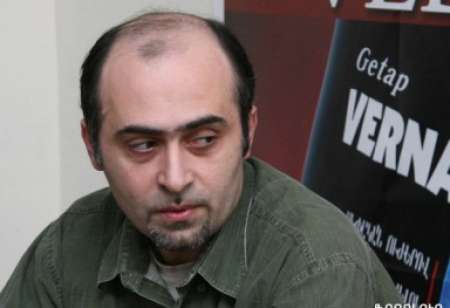 Yesterday speaking at the Civil Forum MP from the Armenian National Congress Nikol Pashinyan said they should try raise the names of concrete people and in case of possibility present the names of 100-300 and understand the people’s attitude toward them.

Media expert Samvel Martirosyan has learnt about being included in the preliminary list of the shadow cabinet from Facebook. He said he was not aware of it and learnt after some people wrote about it in Facebook.

"I have never been in the cabinet and have no wish to be included in any."

Այս թեմայով Brussels bombings and escalations over Karabakh sent strong wake up call to us – Samvel Farmanyan (video) Samvel Karapetyan about stolen values from the National Library of Armenia Armen Martirosyan: "Hello, Yerevan" alliance should not give up the mandates of the Council of Elders." Guys, in front of you is Armenian, not Turk. Armen Martirosyan offered bribe of $100,000, but... (video) Samvel Aleksanyan threatened: "If I get another signal, do not take offense at me"
Լրահոս
21 Feb