Paruyr Hayrikyan to Petros Kazarian: "Has your boss instructed to be engaged in provocation?" 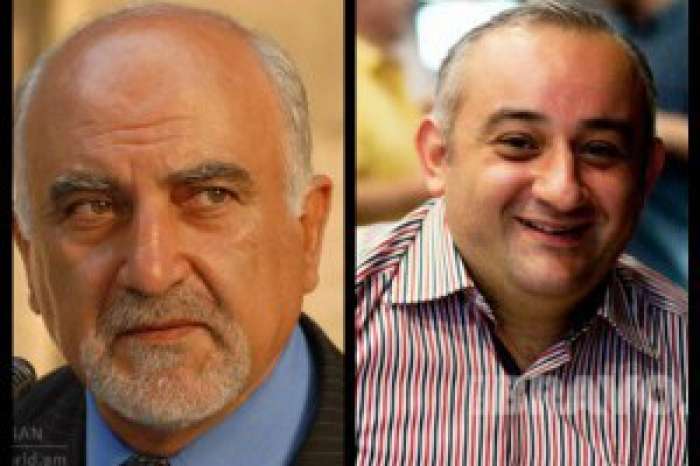 He, in particular, wrote: "Petros, you're doing fine provocations. Did your boss instruct you, or you did so? What is your goal, goal of all of you?

"The funny thing is that I have not received any money yet and the strange thing is that I have so ill-wishers. In reality I am subjected to a greater compensation by state. The state apologized for my lost 17 years and offered compensation in 1991 while that time I did not accept it not to add additional burden on our state,” ex-presidential candidate who survived assassination attempt wrote.

Hayrikyan said the provided sum has been mentioned by the medical institutions which may raise or reduce depending on the process of treatment. "Right were all the people – doctors, state figures – who provided this sum for saving my health", Hayrikyan mentioned.

Why are you so sad? If the reason is that I was not killed, then you had to be sad since 1969. Then your fathers wanted to get rid of me and my friends. And now it's too late, hire new killers and try again.

Look at either the command of your commentators, or any person they don not have name. They are afraid to introduce myself.

To note, the candidate for presidency of Armenia, Paruyr Hayrikyan was shot in the shoulder in Tpagrichneri Street (Pechatniki) in the centre of Yerevan, where his parents reside.

Legal proceedings were instituted under Article 34-305 of the Criminal Code of Armenia. The investigation is conducted by National Security Service.

Այս թեմայով Paruyr Hayrikyan: "My treatment should be without surgery." Mr. Hayrikyan, be a man, like Seyran Ohanyan Hayrikyan is already in Holland Assassination attempt on Hayrikian cost the state 20.5 million drams Paruyr Hayrikyan demands to identify the true customers of the crime as soon as possible