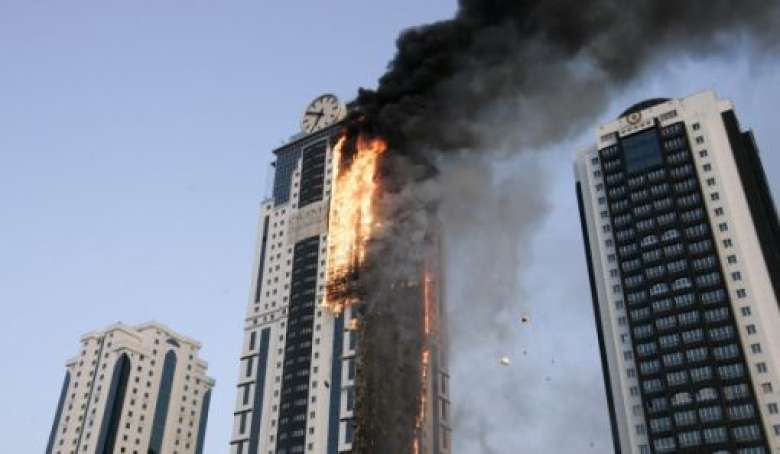 Flames have enveloped all floors of the highest building in the North Caucasus, southern Russia. All people have managed to leave the building. The Grozny-city complex in the Chechen Republic includes luxury apartments and a 5-star hotel.

The local emergency service said the call about the fire on between the 4th and 5th floors was received at around 18:00 PM local time (14:00 GMT).

All people have managed to leave the building. Local police said no one was injured.

Fire units and ambulances have arrived at the scene. The area around the Grozny-City complex has been cordoned off.

Firefighters have managed to extinguish the flames on the lower floors. However, the fire has spread very quickly, making it difficult to tackle the blaze from the ground. Helicopters have been sent from the southern city of Pyatigorsk to help out.

A criminal case has been launched in connection to the violation of fire safety rules.

Double Tree by Hilton hotel has opened in the capital

"Zhoghovurd": Luxury wreaths on behalf of the Government

"Zhoghovurd": A luxury hotel complex to be built
Հետևե՛ք