Paruyr Hayrikyan: "My treatment should be without surgery." 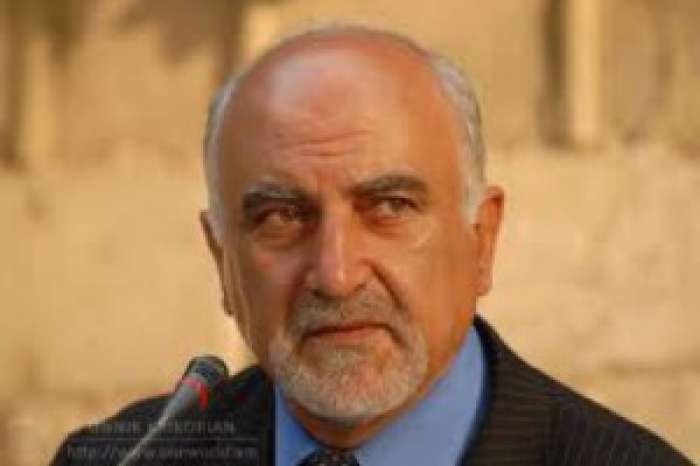 The Leader of the Union for National Self-Determination (UNSD), former presidential candidate Paruyr Hayrikyan wrote on his Facebook page.

"I would like to inform that after long-term studies and discussions the specialists of the well-known Netherlands Erasmus Medical Center decided not to operate me on. I would remind that our Armenian doctors came to the conclusion that an urgent operation was needed. If I see that no effect is registered during the treatment, I will leave everything and return to Armenia”.

On January 31 2013 at 23:30 the political figure and presidential candidate for February 18 2013 elections, the Leader of the Union of National Self-Determination Paruyr Hayrikyan was shot in front of the 7th entrance of the 9th building on Tpagrichner Street, Kentron district of Yerevan. Paruyr Hayrikyan underwent treatment at the Recovery Center of the Red Cross. In the result of the shot the nerve of his arm was damaged. After the detailed study it was cleared out that there was a serious problem. The Ministry of Health and hospital doctors advised Paruyr Hayrikyan to continue the treatment abroad.

The Government of Armenia allocated about 20 million 500,000 AMD to the Ministry of Health to cover the treatment expenses of the former presidential candidate Paruyr Hayrikyan in Amsterdam. The money was allocated from the Government’s reserve fund.

Այս թեմայով Mr. Hayrikyan, be a man, like Seyran Ohanyan Paruyr Hayrikyan to Petros Kazarian: "Has your boss instructed to be engaged in provocation?" Hayrikyan is already in Holland Assassination attempt on Hayrikian cost the state 20.5 million drams Paruyr Hayrikyan demands to identify the true customers of the crime as soon as possible

13.15:30A call to stop military operations and to move towards peace. Anna Hakobyan

13.14:22There are no losses from the Armenian side. The Ministry of Defense announced yesterday and this morning what happened on the Armenian-Azerbaijan border

Դիտվել է 80 անգամCoronavirus: Which countries appear to be hitting or passing their peak in coronavirus deaths?

Դիտվել է 68 անգամItaly reopens borders - but will tourists travel there?

Դիտվել է 36 անգամParis Black Lives Matter protesters: 'Who protects us from the police?'