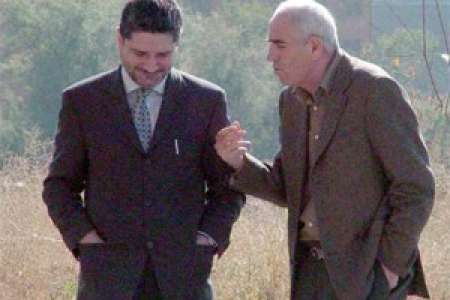 After the resignation and reassignment of the Prime Minister of Armenia Tigran Sargsyan has such a staggering change that it begins to seem either "tied hands were untied" and the man decided to do his best that people only bless him, or there is something wrong, and the stage of Sundukyan theatre "will shed tears, realizing what it lost a personnel."

Tigran Sargsyan today made the unheard and unseen, he "threw a stone" in the "garden" of business of nearby, the most beloved person. Prime Minister at the meeting openly ordered to deprive Barsegh Beglaryan one of the sources of his income. Tigran Sargsyan, as you know, is the same Prime Minister, under whose control the state budget every year a huge amount has been written off at the expense of Barsegh Beglaryan. Of course, compared to gasoline, diesel fuel, and all the rest of the business, Center for evaluation and testing are not the income, for which Barsegh Beglaryan can suddenly take offense at the Premiere, however, this is sufficient to establish Premier's unusual behavior changes.

And so, all started with an innocent staging. Prime Minister asked the Deputy Minister of Education and Science Armen Ashotyan Karine Harutyunyan (Ashotian was absent and sent a deputy instead of him), approached the department for scoring the next question, why textbooks are not available in electronic form, to which Ms. Harutyunyan answered more than justified, informing that it has been a long time, the Ministry of Education has a portal where there are electronic versions of textbooks.

The first and innocent part of the show ended. And suddenly, the Premiere with the same innocently tone asked the second question: "Why are not the collections of tests for entrance exams available to our citizens?" Serious and profound silence. The Deputy Minister, to put it mildly, was speechless. As you know, a few years ago on Prime Minister Tigran Sargsyan's order Center for Evaluation and Testing was removed from the Ministry of Education and Science, and began operating under the control of Barsegh Beglaryan.

Deputy Minister Karine Harutyunyan said that the Center of Evaluation and Testing is outside their sphere of influence, but that did not stop the Prime Minister, and he peremptorily declared: "I think this is wrong to do business."

Whether the order of  Sargsyan was due to Barsegh Beglaryan's agreement, whether Barsegyan agreed to give up one of his businesses in order to heighten the authority of the Prime Minister, can not be ruled out. We can also not exclude the fact that the one who reappointed Tigran Sargsyan, "untied" his hands and called for at least the second term of his tenure to express himself, and as Prime Minister, serve interesey of ordinary citizens.