FM: "Azerbaijan is ready for major peace agreement on Nagorno-Karabakh." 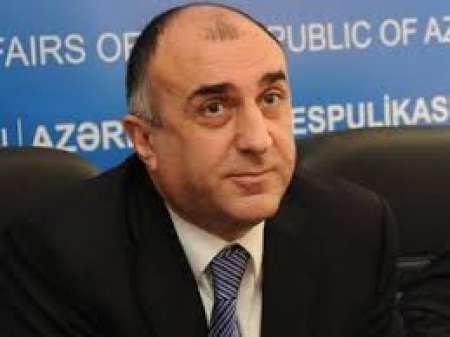 Azerbaijan is ready for a major peace agreement on Nagorno-Karabakh, Azerbaijani Foreign Minister Elmar Mammadyarov said at a press conference on Friday.

"I agree with Russian Foreign Minister Sergei Lavrov's statement yesterday about the lack of progress in the negotiations on the Nagorno-Karabakh conflict," Mammadyarov said.

"The belligerents have been discussing its settlement for several years, but the negotiations offered no results," he said. "Ministers meet, but there is no logical conclusion of these negotiations."

"There are many issues that must be discussed between the belligerents including the return of internally displaced persons, the status determination and other issues," Mammadyarov said.

"We are ready to work on a large peace agreement," the minister said.

He also confirmed his upcoming meeting with Armenian Foreign Minister in Krakow, Poland in May, Trend reports.