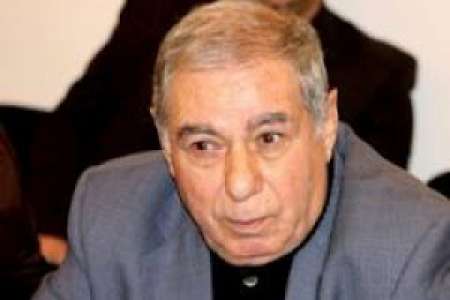 The author of "Stone Dreams" novel dedicated to the pogroms of the Armenian population in Azerbaijan, Akram Aylisli denies news of the Azerbaijani media that he has left Azerbaijan to find a refuge in foreign countries. In a conversation with Azerbaijani kulis.az news website Akram Aylisli stated: "I am in Baku and I am not going to move to anywhere."

Aylisli's "Stone Dreams" novel caused a lot of noise and hysteria in Azerbaijan. On February 7, 2013, the President of Azerbaijan Ilham Aliyev signed a presidential decree that stripped Aylisli of the title of "People's Writer" and the presidential pension. Earlier, Aylisli confirmed reports that his son, a customs official, and wife were dismissed from their jobs. Hafiz Haciyev, the leader of the pro-government political party Muasir Musavat, said his party would pay $13,000 to anyone who would cut Aylisli's ear off.

Aylisli was born in the village of Aylis in 1937 in the Ordubad region of the Nakhchivan Autonomous Soviet Socialist Republic. He received his higher education at the Maxim Gorky Literature Institute in Moscow. His first work, a poem entitled "Qeşem ve onun Kürekeni", was published in the journal Azerbaycan. From 1968-70, he became the editor-in-chief of Gençlik, and later worked as a satirist for the journal Mozalan. From 1974-78, he served on the Azerbaijan SSR's State Committee for Cinematography.

The US Department of State, OSCE Baku Office and European Union condemned the actions held in Baku against Akram Aylisli and appealed to the Azerbaijani authorities to fulfill their obligations protecting the writer.