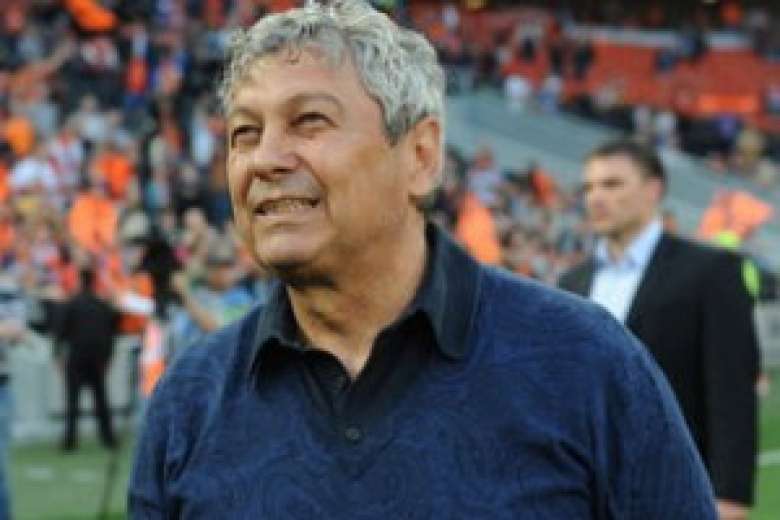 A fresh issue of Shakhtar magazine appeared on the shelves of the stalls. The main character of the April issue is Douglas Costa. In the meantime, we are publishing one of the main pieces of the March issue devoted to the Pitmen’s mentor Mircea Lucescu.

French journalists like to chat with Mircea Lucescu. Not only is the head coach of Shakhtar an interesting individual, but also he is fluent in their language. Recently, France Football published a long interview with Mister, in which he for the first time told about how his trademark coaching style was developing. We are presenting to you the most interesting excerpts from the article

We have the most Brazilian team in Europe, - Mircea Lucescu said this for the first time almost four years ago, when Shakhtar won the UEFA Cup. Since then, the Romanian coach did not change his football religion. The core of his 4-2-3-1 formation is always Brazilian: moreover, as many as ten Latin Americans currently play for Shakhtar. The record figure! Mister, who has been coaching the team for nine seasons now, explains it this way:

- Today, Brazilians are already Shakhtar’s brand. Due to the fact that they speak the same language and feel the game in the same way, these players add to it a special technique, entertainment and consistency in our attacking style.

In addition, the presence of Brazilians in the team is the key to winning titles, maintaining the status of the number 1 team in the country, adding flavour to the Champions League matches, constantly filling the 52,000 stadium to capacity and pleasing the billionaire Rinat Akhmetov - the owner of the club and the man ranked 39 in world ratings with a fortune of 12 billion euros.

In 2002, the 22-year-old Brandao first arrived in Donetsk to ‘develop new football land’. However, Lucescu admits that “he never adapted”. He was followed by other twenty-year-olds, as, for example, Matuzalem, who currently plays for Genoa, or Elano, who defended Brazil’s colours at the World Cup 2010. So, the seeds finally sprouted and the recipe is still effective.

- The club has the money, and it created an exceptional structure, - explains Mister. Shakhtar pays very good wages. But since it can’t fight with the entire world, we have to be more clever and more creative than others. When they want to go in search of young quality players abroad, mainly attacking midfielders or strikers, the Brazilian market is inexhaustible! When we realized that thanks to Matuzalem Shakhtar made a qualitative leap, I advised my president to continue to follow that strategy. This is exactly what we need: he loves skilful, fast and able to demonstrate a spectacular game players. To fill our stadium and attract new fans, we managed to combine football results and entertainment. However, all this has changed the meaning of my work as well. From now on, I build the game and conduct training sessions depending on the Brazilians, increasing, for example, the number of the exercises in short spaces – just where they have proved the strongest.

What is the key to this particular staffing? So, first we must go in search of the young players aged 18-19-20 who have no bad habits yet.”

- Then we must educate them and provide them with favourable conditions. Until they can prove something on the field, - continues Lucescu, - prohibit them from giving interviews. And finally, we mustn’t hold them accountable too fast not to burn their wings. At first, I allow them to play for a quarter of an hour or for 20 minutes. From time to time I test them for one and a half or two years. Thus, they learn better the team game, and I always have a ready equivalent substitute in case one of them leaves. To create a healthy competition among the Brazilians, as you probably noticed, I often reshuffle them. The only problem with the Latin American players is the environment and the agents.

For example, in the winter, Shakhtar lost one of its best players – the left midfielder Willian, who dreamed of the English Premier League, but in the end was tempted by a 35 million transfer to Anji and an ‘excellent’ five-year contract.

- I had a presentiment of the blow, although many preferred to ignore such talk. But we prevented it by buying Taison, who already played in Ukraine, in Kharkiv. Because of his explosive speed, dribbling and the ability to make good use of the space, I hope that he will soon impress Europe.

Lucescu on Buffon: "It would be nice to have it at Shakhtar, but it is impossible"

Lucescu to stay at Shakhtar for another 2 years

Mircea Lucescu decided where he will be coach next season.

Mircea Lucescu: "I do not experiment with the squad."

Mircea Lucescu: "We need to freshen up the team."

Mircea Lucescu: "Winner of this pair will play in Champions League final."
Հետևե՛ք