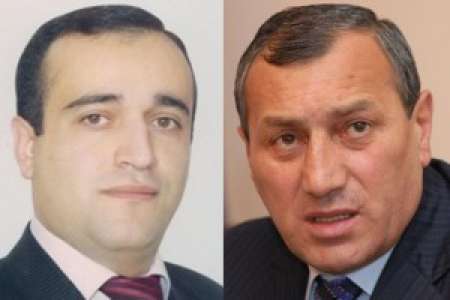 Deep jealous of Gyumri broke in Sisian, in particular, Gyumri's technopark. The city is likely to seriously examine how much the government has issued for Tigran Sargsyan during this time to label "technopark" next to a dump in Gyumri, decided to keep up with demand and ask for Gyumri such as "technopark", "technopark for tractors."

To avoid unnecessary charges, I willnote that this "brilliant" definition belongs to the deputy of the National Assembly of Armenia Hayk Grigoryan and is not a result of the flight journalists thought. In fact, it is difficult to find at least one journalist in Armenia, who has intention to create a technology park for tractors, even if you take into account the gravity of the circumstances that both begin with the letter "T". Only favorites may have such a flight of ideas in Armenia.

In the hour of parliamentary statements deputy Hayk Grigoryan, as true elected, decided to defend the interests of Sisian and Sisian residents, who are under his care. The MP called on to grow crops in the fields of Sisian, thus solving the "issue of food security in the region." But given the fact that the processing of acres can not be done by manual work, he demanded provision of tractors.

"There is no need of several tractors, but to create a technology park, industrial park of Sisian, that Sisian had its industrial park," the deputy stated.

Everything is all right with Gyumri technopark, there is only issue concerning only Sisian Technopark...
What type of fairy tale the industrial park of Sisian will have, is a bit hard to imagine. In all likelihood, tractors will be provided with WiFi, tractor drivers will enter the field with the iPad.

Of course, it's not good to laugh with ignorance at the young man, but in this case it is not a simple guy, chewing sunflower seeds in the yard, and about the deputy representing the face of the Parliament and the Government. On the other hand, as we know, the texts of statements of our deputies receive their "good" from the top. It is possible that this statement of the deputy was also written under the dictation of the Governor of Syunik region Surik Khachatryan.