Ruben Hakobyan: "ANC leader did not hide his joy." 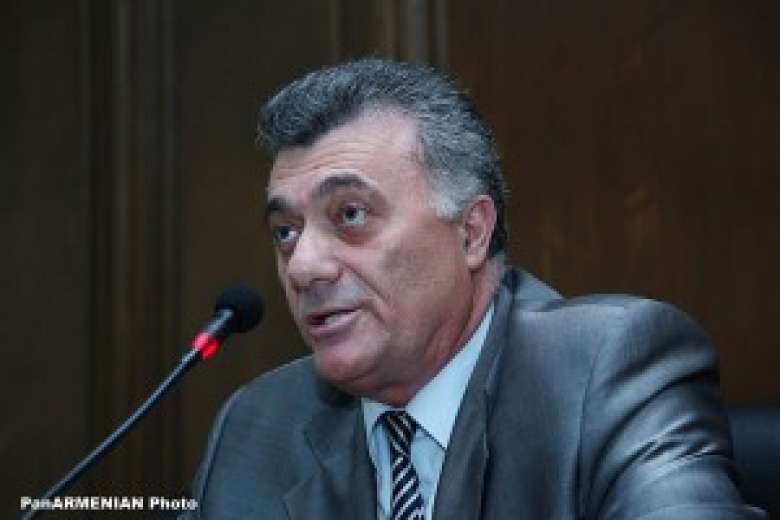 "The most important third elections during a year are nearing the end. From the beginning, our position was that through these elections we should be able to implement systemic change", at a conference in RA NA "Heritage" faction head Ruben Hakobyan said.

According to Hakobyan, they committed tactical mistakes and lost their electorate on April 9 because their electorate was multilayer and everybody "got off at his stop" on that way. "I don’t think they were disappointed. Everyone just thought that Raffi Hovannisian should do what they want," Hakobyan said.

Asked how many votes Barev Yerevan will receive at municipal elections, Hakobyan said that he will answer that question in two days. “I expect the bloc to have a weighty representation in Yerevan Council of Elders,” he noted.

"The opposition, or rather, the ruling forces, can do what they could not do on February 18. I must admit they showed exceptional political self-interest during presidential election. It is true, on the one hand it was announced that they are in favor of change of power, and are in favor of the movement, which was led by Raffi Hovannisian, but in practice they did everything to fail the national movement. And it is obvious from the ANC's founding congress, during which ANC leader did not hide his joy and read obituary of Heritage party leader Raffi Hohannisyani."

Hranush Hakobyan: Armenians all over world must raise international awareness of Azerbaijani violations

Ruben Hakobyan: "Sahakyan must have courage to ask for forgiveness from Postanjyan."

Generation A 13 – your chance to be the change
All Timeline »

Non-Cash Summer: A Chance to Win 22 Travel Vouchers for the Clients of Ameriabank
32
4