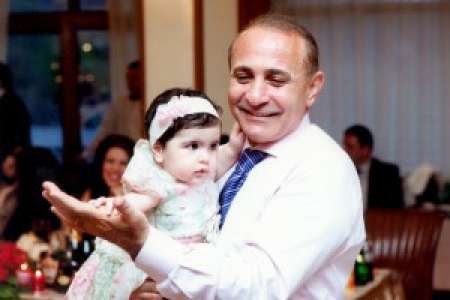 First presidential elections, then the election of Yerevab Council of Elders ... everybody is busy, all perepoloshiles. Back in 2012 the same situation prevailed, but not for the post for President or Mayor, but to ensure a majority in parliament.

However, the most important structure in the country- the National Assembly of the Republic of Armenia seems to have lost its role and, in this connection, the importance in the formation of state system. The fact is that all 131 deputies' all documents are in order, and that each of them was in the parliament only thanks to his merits, but on the other hand, this factor has become like a barrier between the duties of the deputies of the National Assembly and the personal files of the same deputies, preventing at least the minimum performance of these duties.

Today the situation, created in the parliament, is just stupid, if I may call it. In this case we can say that today there is the actual derivation function of the Parliament of the situation. That's where Hovik Abrahamyan's value of figure is stressed and projected, and no matter what part of the blame in this situation lies on the Speaker of the National Assembly.

This is probably the only work that Hovik Abrahamyan needs to be done, who, after the presidential elections, as if is in hiding. Hovik Abrahamyan's absence was particularly evident during the reassignment of Tigran Sargsyan as Prime Minister.

Stress days have gone, Hovik Abrahamyan has been back, and unfair position in the National Assembly has been doubled and even tripled, putting the Speaker of the Parliament before the fact. Hovik Abrahamyan, referring to his activities, has repeatedly said that he is ready to stay in office until the expiration has a statutory deadline. However, the reigning situation in Parliament once again forced to talk about Hovik Abrahamyan's come back, which will regulate the situation in the National Assembly, or of his farewell.

If we consider only the fact that at almost every meeting, many deputies vote for absent colleagues (which is also illegal), it can be stated that the Speaker of the National Assembly is powerless to prevent such illegal activity. It turns out that the Speaker of Parliament either does not want or he had no more authority to prevent such abuses. In both cases, however, the essence remains the same.