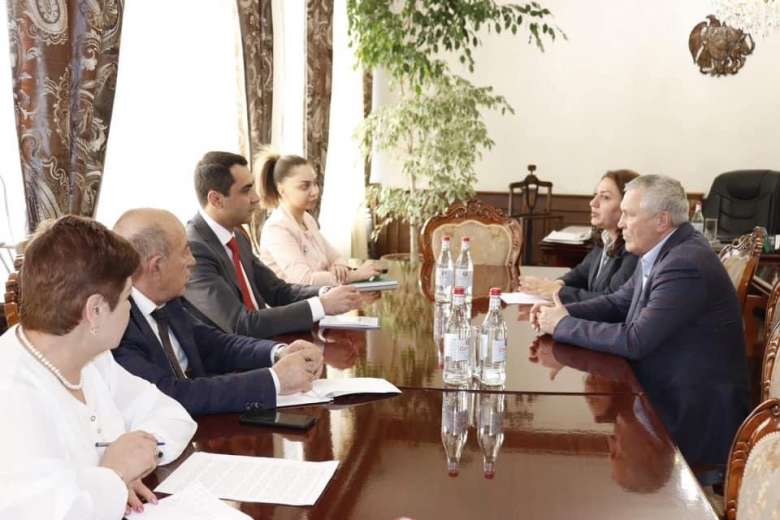 The amount of GeoProMining Gold co-financing of the second stage of the program amounted to 50 million drams within the framework of design work for 79 million drams. As part of the program, a number of tasks were solved in the field of social infrastructure in the region where the company operates. In particular, the issues of gas supply, water supply to a number of villages in the Geghamasar community, and lighting networks for rural streets have been resolved.

As part of the first subvention program, the Company provided assistance to the community of Vardenis worth 50 million drams. In 2020-21 several streets were reconstructed and landscaped, as well as the central park of the city of Vardenis. The parties also discussed investment projects directed by the company for the reorganization of the Sotk gold mine operating in the region. The management of GPM Gold acquainted the governor with a number of social programs and discussed the prospects for cooperation in this area.

GeoProMining Gold General Director Anatoly Gogotin: “GeoProMining Gold” is a socially responsible company. We always try to invest as much as possible in the development of social infrastructure and humanitarian programs. Our social programs, developed in cooperation with local governments, serve to improve the standard of living of citizens and their well-being”.

Governor of Gegharkunik region Karen Sargsyan: “In the person of GeoProMining Gold, we have a good friend and partner who is actively involved in the life of the communities of the region and has been participating in social development programs for many years. At the first stage of the partnership, we significantly improved the social infrastructure of the city of Vardenis, and now we are continuing programs for the infrastructure development of the villages of the region, where our partner is actively involved.”

It should be reminded that GeoProMining Group of Companies, one of the largest industrial investors in Armenia, has been operating in the country for 15 years. The Armenian assets of the group consist of the Sotk gold mine, the Ararat gold recovery plant and the Agarak copper-molybdenum combine. Over 15 years of operation, the group has invested over 400 million USD in the modernization of its Armenian enterprises. The amount of the Group's social investments in the development of the regions of presence exceeds  15 million USD.

The 14-year-old son, Narek, had to be rushed to Yerevan in serious condition with a shrapnel wounds and is currently in the resuscitation ward.

In the scope of the joint initiative of the Armenian EyeCare Project and Orange Foundation, the inhabitants of Aragatsotn region already benefit from free eye care services
Հետևե՛ք

Armenia economy minister: Arrival of trucks from Iran to Yerevan is currently solved by bypass road
All Timeline »

Non-Cash Summer: A Chance to Win 22 Travel Vouchers for the Clients of Ameriabank
32
3

Non-Cash Summer: A Chance to Win 22 Travel Vouchers for the Clients of Ameriabank
36
3

Ameriabank awarded with TFP Prize for Deal of the Year 2021: Green Trade by EBRD
32
4